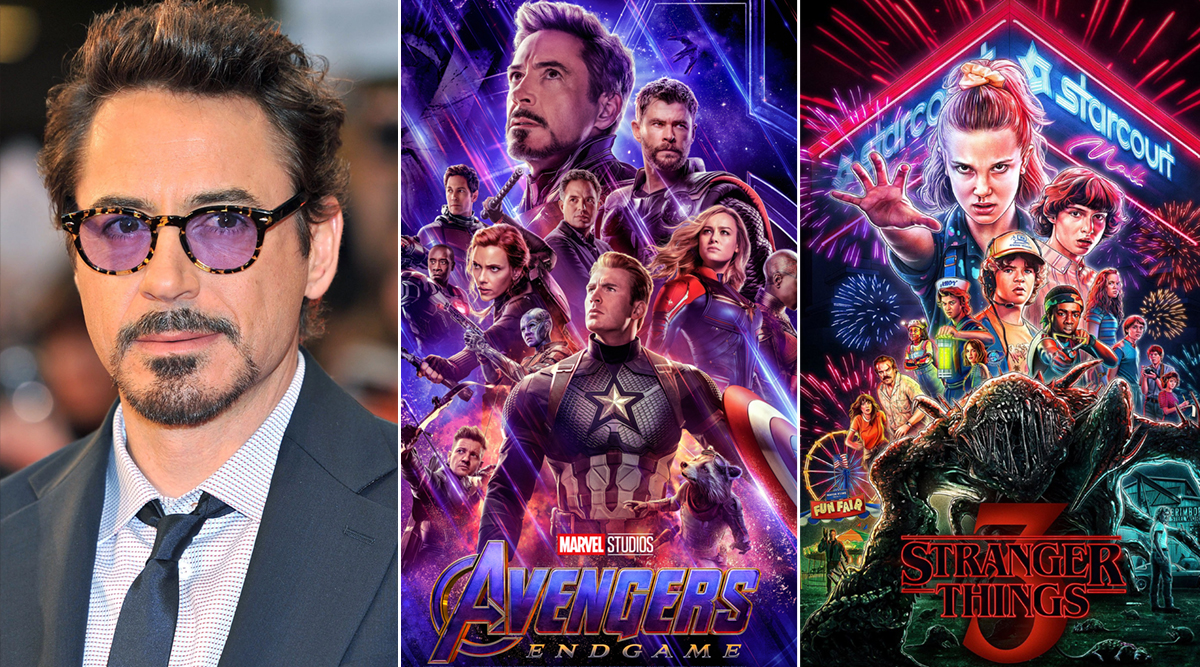 E! People's Choice Awards 2019 were held on Sunday, November 11 in Santa Monica. It was as always a star-studded affair as the who's who of Hollywood and the music industry descended on the red carpet. The big night turned out to be immensely special for Marvel given that Avengers: Endgame took home the Movie of 2019 honour whereas Robert Downey Jr who famously played Tony Stark aka Iron Man in the Avengers franchise, bagged the Male Movie Star honour. RDJ even dedicated his win to the late Stan Lee. The Female Movie star honour of 2019 was bagged by Zendaya who for Spider-Man: Far From Home. What's amazing is that she also bagged the Drama TV star of 2019 for her show Euphoria. Kids’ Choice Awards 2019 Complete Winners List: Shawn Mendes, Robert Downey Jr, Ariana Grande and Taylor Swift Take Home the Trophy.

Among other big wins, Stranger Things bagged the Show of 2019 award whereas the show's lead star, Millie Bobby Brown won Female TV Star of 2019. In the music industry, Shawn Mendes and Billie Eilish took home the Male and Female artists of the year honours whereas Mendes and Camila Cabello's song "Senorita" was awarded Song of 2019. Check out the complete winners' list inside.

Reality Show of 2019 - Keeping Up With the Kardashians

Competition Show of 2019 - America's Got Talent

We bet Marvel fans all over are celebrating right now as Robert Downey Jr and Avengers: Endgame took home such big honours. Do comment and tell us what you think about these honours.