The show is one of many streaming series that was turned into a franchise after cutting through the clutter and being embraced by viewers. Other streaming series to get speedy spinoffs include Netflix's The Witcher, which expanded to multiple shows after its first season. 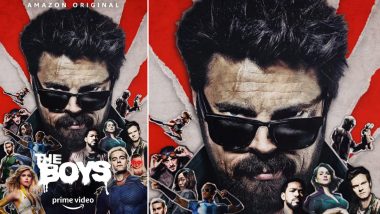 The planned spinoff of Eric Kripke's breakout superhero drama 'The Boys' has officially been ordered to series at Amazon. As part of the pickup, Michele Fazekas and Tara Butters, who previously oversaw ABC Marvel drama 'Agent Carter' have boarded the untitled series as showrunners. According to The Hollywood Reporter, the longtime writing duo will take over from Craig Rosenberg, who departed the drama following creative differences with Amazon and producers Sony Pictures TV. The Boys Spin-Off Series In Works at Amazon Studios With New Showrunners.

In the works for more than a year, the untitled series is set at America's only college exclusively for young-adult superheroes (run by Vought International).It's described as an irreverent, R-rated series that explores the lives of hormonal, competitive superheroes as they put their physical, sexual and moral boundaries to the test, competing for the best contracts in the best cities. It's part college show, part Hunger Games, with all the heart, satire, and raunch of 'The Boys'. Jaz Sinclair, Lizze Broadway, Shane Paul McGhie, Aimee Carrero, Reina Hardesty and Maddie Phillips will play the young superheroes.Additional castings are expected to be announced later. Amazon Renews The Boys For Season 3 Ahead of Second Season Premiere.

Fazekas and Butters will executive produce the new series alongside 'The Boys' showrunner Eric Kripke, Seth Rogen, Evan Goldberg, James Weaver, Neal H. Moritz, Ori Marmur, Pavun Shetty, Ken Levin, Jason Netter, Garth Ennis, Darick Robertson and Michaela Starr. "Much like Mork and Mindy spun-off from Happy Days -- which is an insane and true fact -- our spinoff will exist in the Vought Cinematic Universe, yet have a tone and style all its own. It's our take on a college show, with an ensemble of fascinating, complicated and sometimes deadly Young Supes," said Kripke.

He further added, "Michele and Tara are stone-cold geniuses, we're thrilled to have them steer this ship, and grateful to Sony and Amazon for the opportunity. We love this show and can't wait for you to see it. Also, Baywatch Nights spun-off from Baywatch, and it had vampires. Vampires!" 'The Boys' became a rare breakout and awards player for Amazon Studios. The flagship scored a surprising nomination for best drama series as part of a total of five Emmy nominations earlier this year. It recently wrapped production on season three; a premiere date has not yet been announced.

The show is one of many streaming series that was turned into a franchise after cutting through the clutter and being embraced by viewers. Other streaming series to get speedy spinoffs include Netflix's 'The Witcher', which expanded to multiple shows after its first season. As pe The Hollywood Reporter, Amazon also has 'The Lord of the Rings' TV series due in September 2022 with multiple spinoffs said to have been part of the USD 250 million global rights deal to land the rights to the property.