The Kapil Sharma Show: Sunil Grover Is Not Making a Comeback As ‘Guthi’, Source Reveals That Salman Khan Never Called Him

Sunil was last seen in Ali Abbas Zafar's web series Tandav alongside Saif Ali Khan, Zeeshan Ayyub, Dimple Kapadia, Gauahar Khan and others. He will now be seen in Radhe: Your Most Wanted Bhai alongside Salman Khan. 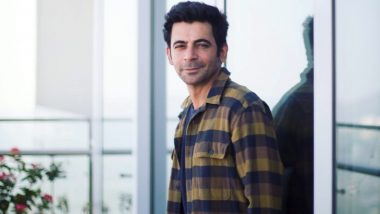 It has been so many years since Sunil Grover gave up one of his very famous roles of 'Guthi'. The character that was created for The Kapil Sharma Show, is missed by the fans every now and then. Speculations around him coming back on the show have also made rounds in all these years but nothing has materialised till now. Another report surfaced online yesterday that stated that the actor might be ready to re-enter the show as 'Guthi' after all. The Kapil Sharma Show: Sunil Grover Likely to Return As ‘Guthi’ on the Comedy Show?

It was being reported that Salman Khan, who has worked with Sunil in Bharat, has been talking to him about his return on the show. Salman is one of the producers of the show and hence has been trying to solve the issues between Sunil and Kapil Sharma in order for them to start working together again. While many wished this was true, a source close to the development quashed the rumours and said nothing of such sort is happening.

The source told Times of India, "It is really unfair to take away the appreciation Sunil Grover got for his performance in his recent web series by pushing stories about a Kapil Sharma show. Grover has not received any phone call from Salman Khan asking him to return to the show." Sunil was last seen in Ali Abbas Zafar's web series Tandav alongside Saif Ali Khan, Zeeshan Ayyub, Dimple Kapadia, Gauahar Khan and others. He will now be seen in Radhe: Your Most Wanted Bhai alongside Salman Khan.

Earlier when Sunil made an exit from the show, Kapil in an interview had said, "All I can say is, he (Sunil) should have never left our show, we were all part of the success of our show. Sunil has been around trying to find his bearings in the entertainment industry. He's my senior. I've got the highest regard for his talents. And I am not the kind to feel threatened or competitive about anyone. In fact, I go out of my way to ensure every member of my team has a chance to take the stage, so I can relax. Sunil must have been provoked into leaving by people around him." Sunil Grover: ‘I Just Love Becoming a Woman on TV’.

Meanwhile, The Kapil Sharma Show has provisionally gone off-air after Kapil Sharma took a paternity leave post the birth of his second child earlier this month. Kapil and his wife Ginni Chatrath welcomed their second kid, a boy, on February 1. He made the announcement during an AMA session on Instagram. The show saw Sumona Chakravarti, Krushna Abhishek, Kiku Sharda, Bharti Singh entertaining people with their funny antics.

(The above story first appeared on LatestLY on Feb 18, 2021 04:28 PM IST. For more news and updates on politics, world, sports, entertainment and lifestyle, log on to our website latestly.com).