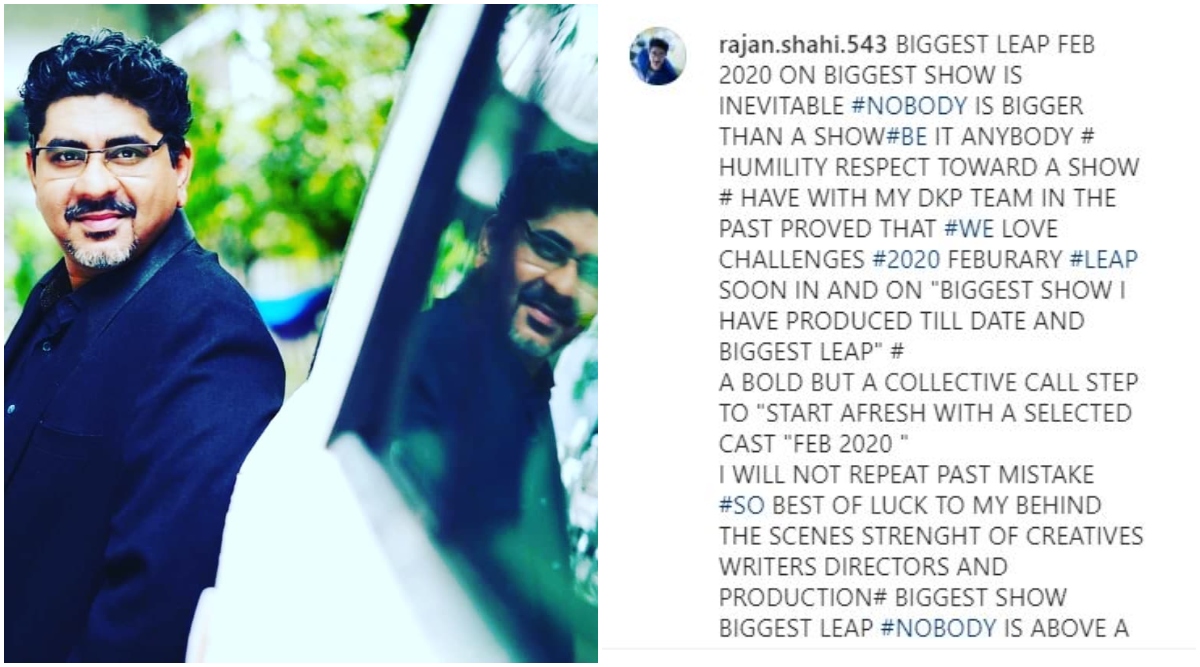 Back in November 2019, in a lengthy and cryptic Instagram post, Yeh Rishta Kya Kehlata Hai producer Rajan Shahi had revealed that the TRP topping, the longest-running show on Star Plus, will see a huge generation leap in the month of February. In his post, Shahi had promised that the leap was the biggest one that the show will see and also mentioned something about 'A BOLD BUT A COLLECTIVE CALL STEP TO "START AFRESH WITH A SELECTED CAST "FEB 2020,' hinting that something big was going to go down with the cast of the show. Yeh Rishta Kya Kehlata Hai Spoilers: Kartik and Naira To Search For Their Daughter On Finding Out That She Is Alive.

However, looks like plans of the leap have been shelved. A few days back, there were reports of how the show was going to take a 15-year leap. However, Rajan Shahi, in a quote to India Forums, completely denied the news. He was quoted as saying, "Really? I think only me and my creative team don't know this." Mohsin Khan and Shivangi Joshi's Yeh Rishta Kya Kehlata Hai To Take A Generation Leap In February 2020.

However, it can be recalled that the same was announced by the producer himself in November.

Well, various spoilers with regards to the on-going track of Yeh Rishta Kya Kehlata Hai have been doing the rounds. For those who are not up-to-date, Kartik (Mohsin Khan) and Naira (Shivangi Joshi) finally discover that their first born daughter, who was kidnapped by a nurse at the hospital is alive. A few spoilers read that Kartik and Naira will die while trying to save their daughter and that is when the 15-year generation leap will take place. But looks like the producer wants to keep things as it is for now and has no leap surprises in store for the audience. Afterall, they wouldn't want Mohsin and Shivamgi stepping out of the show after a leap now, would they?