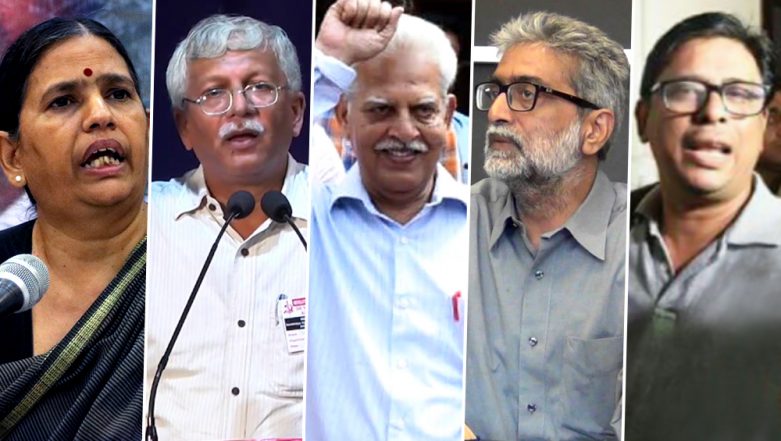 Pune, Aug 29: A day after five civil rights activists were arrested in a nationwide swoop, the Pune Police claimed on Wednesday that it had unearthed a "Maoist conspiracy hatched to overthrow the elected government". The alleged plot came to light after the police analysed the electronic devices, documents and other "highly incriminating evidences" seized from the arrested persons showing their links with the banned Communist Party of India (Maoist), said Pune Deputy Commissioner of Police Shirish Sardeshpande. The CPI (Maoist) was also engaged in raising funds to incite civil unrest against the administration as part of the larger conspiracy to topple the government, Sardesphande added. He said that the outlawed organization had funded the Elgar Parishad held in Pune on December 31, 2017 on the eve of the January 1, 2018 caste riots in Koregaon-Bhima. Arrested Activists Have Maoist Links, Planned to Target High-profile Politicians, Says Pune Police.