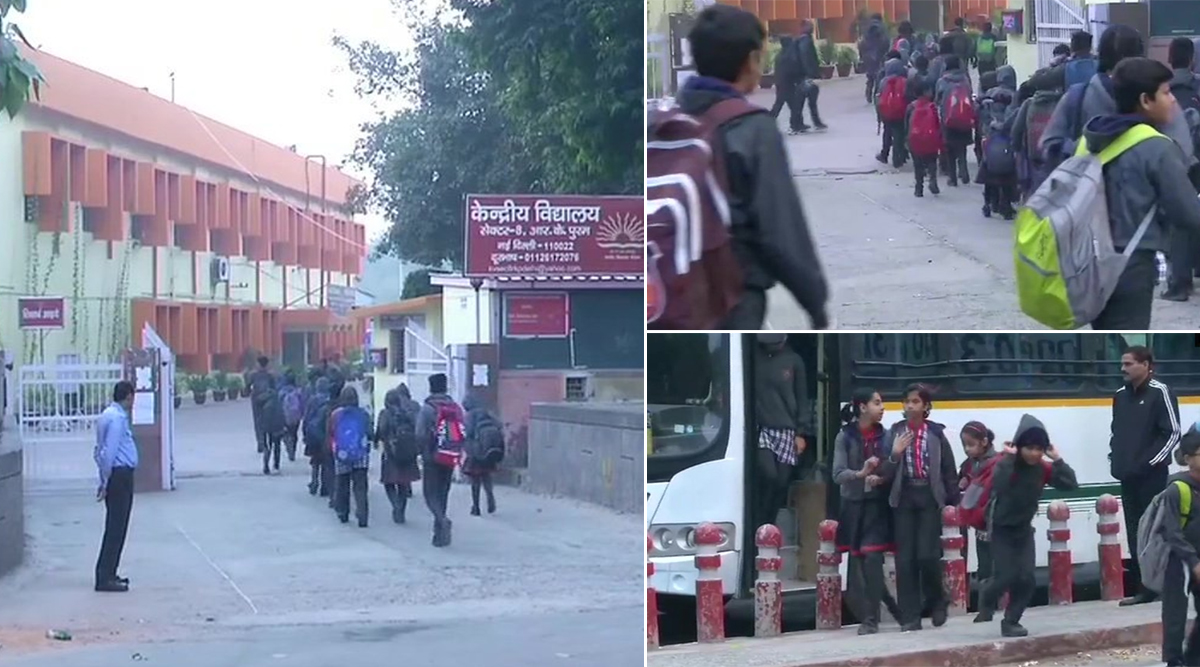 New Delhi, December 15: With the tensions gripping in South Delhi over the Citizenship Amendment Act protests by Jamia Millia Islamia students and rampage in Jamia, Deputy Chief Minister of Delhi Manish Sisodia on Sunday announced that all schools and colleges to stay closed in Okhla, Jamia and New Friends Colony and Madanpur Khadar area of Delhi.

Informing about the latest development through his social media handle, Sisodia wrote, "All private and public schools in South Delhi district including Okhla, Jamia, New Friends Colong and Madanpur Khadar will remain closed tomorrow. The decision has been taken by Delhi government citing the present scenario in the the national capital." Delhi Deputy CM Manish Sisodia Questions Delhi Police's Role in 'Setting DTC Bus on Fire' During Jamia Protests Against CAA, Demands Probe

Apart from the schools, the colleges in these locality would also remain closed, informs the Delhi Education Minister. Though, colleges are not under the jurisdiction of Delhi government, but the educational institutions will have to consider the Delhi government's order as this concerns the safety of the students and teachers.

Meanwhile, Centre issued a directive to both the Delhi government and Delhi Police, stating to take strict action against the perpetrators of violence in the national capital. The Union government also mentioned that it is keeping a close watch on the developments, that have created headlines in national media. Police on Sunday said, while speaking to the media that they have detained few people. DCP South East Chinmoy Biswal said, "Some people have also been detained, can only give more information later." He denied the reports of firing on protesters and called them false rumours.

Violence in Delhi erupted on Sunday afternoon, when a section of protesters in the march led by Jamia Millia Islamia students resorted to violence. The miscreants burnt down four buses and vandalised over a dozen vehicles. Fire brigade personnel who were rushed to the site were also allegedly pelted with stones by the infuriated mob.