Notwithstanding the recent ban on wheat, India with the aim of touching a $5 trillion economy, is set to position itself as a key global food supplier as shortages push prices. India has maintained that it was open to supplying the grains to the "needy" and low-income countries. 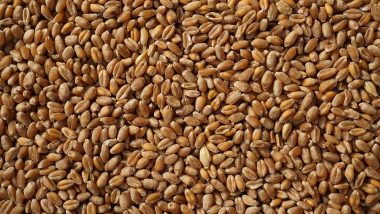 New Delhi, June 9: Notwithstanding the recent ban on wheat, India with the aim of touching a $5 trillion economy, is set to position itself as a key global food supplier as shortages push prices. India has maintained that it was open to supplying the grains to the "needy" and low-income countries.

The deepening food crisis across the world is unlikely to be resolved even after the Russia-Ukraine war. Known as the world's bread basket, Ukraine has been one of the main food suppliers in the world till Russia's invasion. The worry is that, devastated by the war, it will not be able to return to the export map even after the war, food experts told India Narrative. It will take several years for the country to rebuild its resources. Andhra Pradesh Digital Corporation to Engage WhatsApp to Build Better Connect Between Government and Grassroots

Elevated food prices will continue to plague the world. The issue of food security is likely to be discussed at length at the World Trade Organization's (WTO) 12th ministerial meeting in June. The war has also fanned global food inflation amid broken supply chains.

Many countries are facing growing levels of food insecurity, reversing years of development gains, and threatening the achievement of Sustainable Development Goals by 2030, the World Bank said.

"Though India has banned wheat exports, it is temporary in nature. We will open it once the domestic prices and availability stabilise. The exports had led to increased hoarding pushing prices," a person familiar with the development told India Narrative. India has emerged as the largest rice supplier of the world, exporting about 20 million tonne (MT) of rice in 2021-22.

In 2021 Ukraine was the second largest supplier of grains for the European Union (EU) and a large food supplier for low and middle-income countries in Asia and Africa, S&P Global noted. The longer the Russia-Ukraine conflict lasts, the more insecurity about food supplies it may bring not only to Ukraine and the region, but also to the whole world.

Countries such as Ethiopia, Nigeria, South Sudan, Yemen and Afghanistan among others have been hit by alarming hunger levels.

India's neighbouring countries �Sri Lanka and Pakistan which are in the grip of an economic crisis, are also staring at uncertainties.

(The above story first appeared on LatestLY on Jun 09, 2022 07:49 PM IST. For more news and updates on politics, world, sports, entertainment and lifestyle, log on to our website latestly.com).