The report claims that 50% of road accident deaths could have been avoided if rapid and quick assistance was rendered. 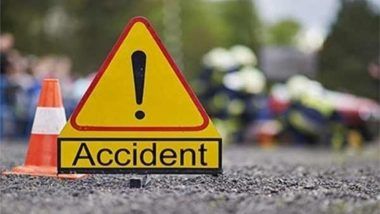 As many as 26 passengers of the bus belonging to Telangana State Road Transport Corporation (TSRTC) were also injured | Representational Image | (Photo Credits: ANI)

23 school children die in a bus that falls in a gorge in Himachal Pradesh, more than 20 young lives snuffed out as children depart from the world after a school van gets rammed by a train in Kushinagar on unmanned railway track, 24 school kids injured in a road accident after school bus gets hit by another vehicle. It may all sound too familiar but it doesn't take away from the fact that these are tragic accidents caused by human errors which cost other precious human lives. In fact, the facts are so devastating that one might be scared to take a ride or drive a vehicle on the road to travel. But then, one doesn't really have a choice. The latest data available on 'Road Crash Statistics 2016' by SaveLIFE FOUNDATION reveal some startling figures.

The key factors responsible for road crashes in India, according to the report are bad road- user behavior. The report mentions that a corrupt licensing system, driver training not being mandatory, and the fact that fatigue of drivers is not taken into consideration is blamed for high high accident numbers on the roads in India.

Poor road design and condition, maintenance and lack of safety standards for vehicles are a major reason too. The traffic laws are robust but the labor force required for the same is awfully short in India. Lack of use of technology in this field also contributes to the road accidents.

However, the worst aspect of road accidents in India is the lack of rapid trauma care. The report claims that 50% of road accident deaths could have been avoided if rapid and quick assistance was rendered. That speaks volumes about the road safety problems and medical negligence in India. An alarming factor is the increase in the percentage of road in accidents in India since 2007. A 32% increase in the number of accidents has been notice from 2007 to 2016.

The report says that two- wheeler riders are most at risk of getting killed in accidents on roads. The most vulnerable age group was 18-45 years and that males accounted for 84.5 per cent of all deaths due to road accidents.  Auto rickshaws were second most involved in road crashes.

(The above story first appeared on LatestLY on May 07, 2018 12:15 PM IST. For more news and updates on politics, world, sports, entertainment and lifestyle, log on to our website latestly.com).