Muzaffarnagar: UP Woman Chops Off Husband's Penis For Spending More Time With His Second Wife

Earlier this year, a wife allegedly chopped of her husband's penis and testicles before flushing them down the toilet because he had apparently been having an affair 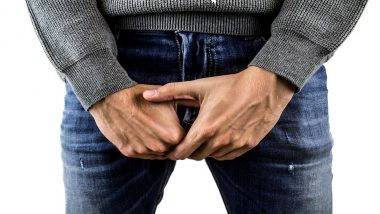 Muzaffarnagar, August 2: In a shocking incident, a wife in a fit of rage has chopped off her husband's penis for staying with his second wife, and neglecting her in Uttar Pradesh. The man had to be immediately rushed to the hospital because he was in a critical state. According to a Times Now report, the victim had married for a second time with the consent of his first wife.

A similar incident had happened earlier this year, in Jalandar, when a wife allegedly chopped of her husband's penis and testicles before flushing them down the toilet because he had apparently been having an affair. Last year in Kerala, a girl chopped off genitals of an inmate from Panmana Ashram in Kollam, for allegedly molesting her for several years, according to an ANI report.

(The above story first appeared on LatestLY on Aug 02, 2018 04:36 PM IST. For more news and updates on politics, world, sports, entertainment and lifestyle, log on to our website latestly.com).