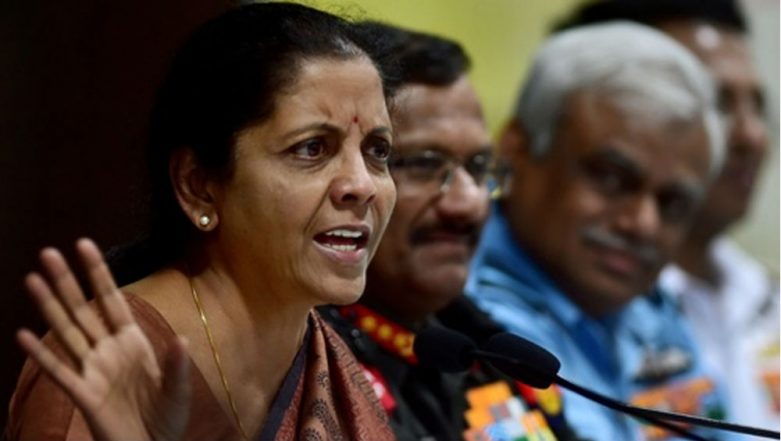 New Delhi, May 13: Defence Minister Nirmala Sitharaman today dubbed as a “serious disclosure” Pakistan's ousted prime minister Nawaz Sharif publicly acknowledging that militant organisations were active in his country and said it proved India's position that the handlers of 26/11 Mumbai terror attack were in Pakistan.

For the first time, Sharif also questioned Pakistan's policy to allow the "non-state actors" to cross the border and "kill" people in Mumbai, according to a media report.

“Well, it is very serious disclosure. India's position has been that the mastermind of the Mumbai terror attack operated from Pakistan. We strongly believe that the handlers of the attack were in Pakistan," Sitharaman told a press conference here, in response to a query..

"It (Sharif's remarks) only proves that India's stand has been right all the way,” she said. Sharif, who has been disqualified to hold public office for life by his country's Supreme Court in the Panama Papers case, said Pakistan has isolated itself.

To a question on Jammu and Kashmir Chief Minister Mehbooba Mufti's call for a unilateral ceasefire in the state during the month of Ramzan till completion of the Amarnath Yatra, Sitharaman said, “ I think it is important to handle J&K affairs with a great deal of sensitivity.

"The Indian Army will have to make sure that India is a safe country. It has to handle firmly any terrorism which threatens peace and harmony of J&K and the rest of India also.”

To a query on Karnataka exit polls, she said the BJP will form the government in the state as the Congress will face defeat. On Karnataka Chief Minister Siddaramaiah's comment that he was ready to make way for a Dalit to take his place in the government if the Congress leadership wished so, Sitharaman said, “I never heard this during the campaigning.”