Air Pollution in 10 Cities Above CPCB Limits in Summer 2022: Data 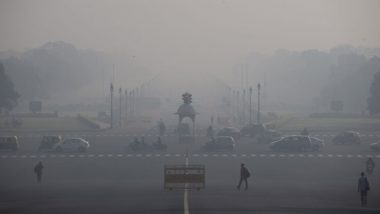 Ten non-attainment cities - Agra, Bengaluru, Chandigarh, Chennai, Delhi, Kolkata, Jodhpur, Mumbai, Lucknow, and Patna - were selected and average PM2.5, PM10 and NO2 levels were analysed for the months of March, April, May, and June. These cities are all part of the National Clean Air Programme (NCAP) by the Environment, Forest and Climate Change Ministry.

Northwest Indian plains have witnessed repeated heat waves since March this year. This resulted in an increased power demand, approximately 75 per cent of which came from coal-powered thermal power plants.

"This year was climatologically one of the hottest summers that we have seen in a long time. Extremely hot weather combined with winds has led to the re-suspension of coarse particles which is clearly visible in the high PM10 values across most cities. The rising temperatures during the heat wave also have pushed up the demand for air conditioning resulting in higher coal consumption and hence this is reflected in higher PM2.5 levels," NCAP Steering Committee member S.N. Tripathi said.

The westerly winds from Balochistan, central Pakistan, and Thar desert also carried dust, adding to the PM10 levels. Locally, the prolonged dry spells during the summer months also mean more dust suspension in the air. Adding to the summer woes was the almost nil pre-monsoon showers especially in northwestern plains, which are also the hotspot for some of the highest levels of air pollution.

The PM2.5 and PM10 levels were higher this year compared to 2021 in most of the cities during summer. For instance, Delhi's PM2.5 and PM10 levels were higher in 2022 as compared to 2021 across the four months except in the case of PM10 levels in March. Similar was the case in Patna. In both cities, the levels are over five times higher than CPCB standards. These two cities also breached the NO2 safe levels during March and April while Chandigarh breached it in April to June.

The NCAP Tracker - a joint project by Climate Trends and Respirer Living Sciences - showed that in April 2022, Delhi did not have a single day when it met the CPCB's 24-hour safe limit of 60 microgram per cubic metre while for Mumbai, there were only nine days when PM2.5 concentration did not breach the safe limits.

Bhavreen Malhotra Kandhari, co-founder of Warrior Moms, a citizens' group fighting for better air in the NCR, said: "The science is established but we need studies to evaluate the impact of the measures undertaken by the government, especially on ad-hoc policies such as odd-even. A lot of announcements have been made but we need to ensure implementation."

(The above story first appeared on LatestLY on Jul 06, 2022 11:09 PM IST. For more news and updates on politics, world, sports, entertainment and lifestyle, log on to our website latestly.com).