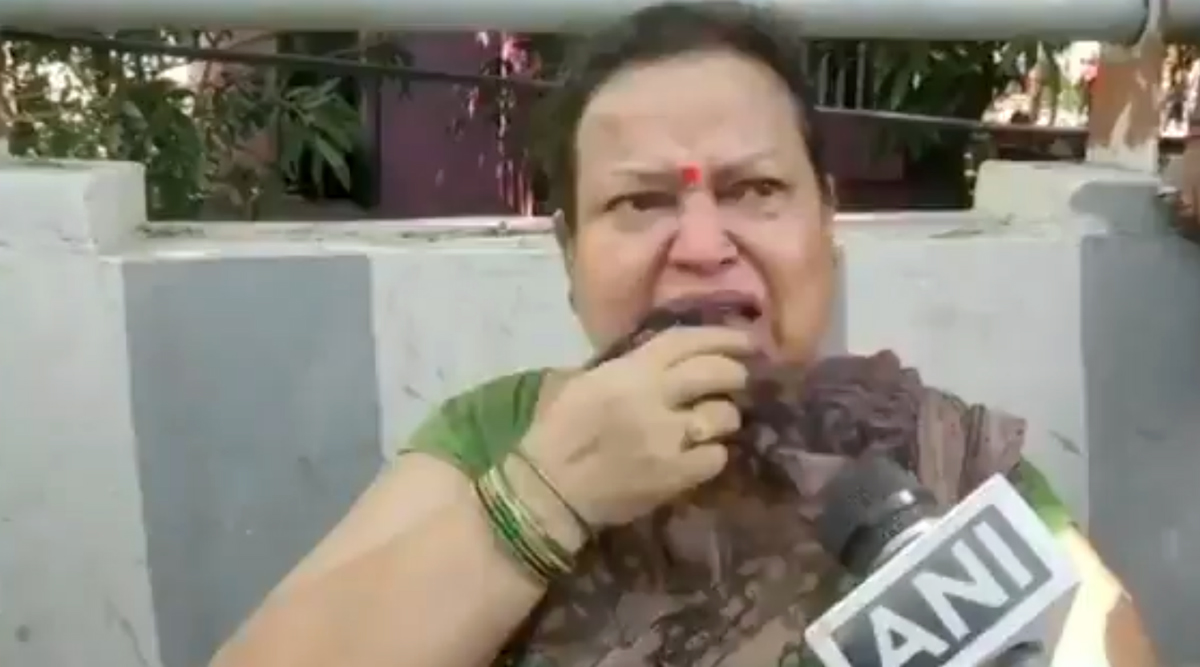 Woman Breaks Down While Recalling Her Ordeal in Bihar (Photo Credits: ANI)

Patna, October 2: Parts of Bihar trudged towards normalcy on Wednesday as authorities pumped out water from the submerged localities. Massive water-logging was reported from Patna after heavy rainfall wreaked havoc across the state during the past few days. The torrential rains triggered flood-like situations in several areas of the states, with Patna being worst-hit. As many as 42 people lost their lives and thousands have been affected following a torrential spell between September 27 and 30. Earlier in the day, water entered Kankarbagh Police Station in Patna due to flooding in the city. According to a latest update, an orange alert issued in Patna, Vaishali, Begusarai and Khagaria districts for October 3 and 4.

According to a tweet by ANI, a woman who was rescued from flooded Kankarbagh area of Patna broke down and was in tears recalling her ordeal in the flood-hit area. The woman said she had a very horrible time during the past few days following heavy rainfall. Much to the relief of people, there has been no rain in the last over 24 hours. The India Meteorological Department (IMD) stated that while there has been very heavy rainfall in Bihar over the past few days, the condition is improving now. Bihar: Wall Collapses After Heavy Rains in Bhagalpur, Three Killed, Many Feared Trapped.

#WATCH A woman who was rescued from flooded Kankarbagh area of Patna breaks down while trying to recall her ordeal. #Bihar pic.twitter.com/0DQcnQlPkl

The districts hit by the incessant rains included Patna, Bhojpur, Bhagalpur, Khagaria, Samastipur, Begusarai, Lakhisarai and Vaishali situated on either side of the Ganga besides Arwal, Nawada and Nalanda in the Magadh region and Darbhanga and Katihar in Mithila. Water-logging has also led to inundation of many power sub-stations forcing people to live without electricity for the past few days.

The rainfall activity in Bihar reduced and restoration work was taken up in full swing. According to a release issued by the state disaster management department, 42 casualties have been reported so far from the districts affected by the heavy rainfall, though a district-wise break-up was not yet available.