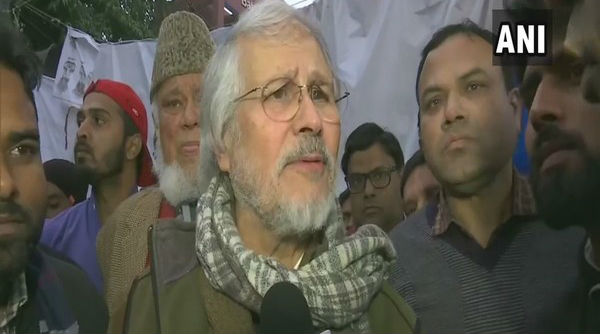 "I feel that the Citizenship Amendment Act needs a revamp. They should either include Muslims or remove other names. Make it inclusive. The matter will get dismissed. If the PM calls these people and talks, the matter will get resolved," Jung told ANI outside the Jamia Millia Islamia here. CAA Row: After Punjab, All Congress States Likely to Pass Resolution Against Citizenship Amendment Act.

"This issue will be solved if the Act is made inclusive for all. Otherwise, it is a violation of Article 14," added Jung, saying that there should be talks and only then a solution will come out. Why Citizenship Amendment Act+NRC Raise Fear And Concerns: A Multi-Dimensional Take.

"How will the solution come if we don't talk? How long will this protest go on? The economy is suffering. Shops are closed. Buses are not plying. Losses are being incurred," he added.Protests are going on in different parts of the country against and in support of CAA, which grants citizenship to Hindu, Sikh, Jain, Parsi, Buddhist and Christian refugees from Pakistan, Afghanistan, and Bangladesh, who came to India on or before December 31, 2014.