Coronavirus Scare in Bihar: Girl From Chapra, Who Returned From China, Admitted to ICU After Symptoms of the Virus 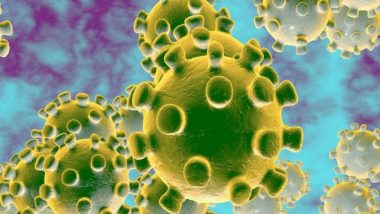 Patna, January 27: Amid the rising scare of the deadly novel coronavirus (2019-nCoV) in India, a girl from Bihar on Monday was admitted to a hospital in Chapra after she showed symptoms similar to that of the deadly flu-like virus. According to a tweet by ANI, the girl recently returned from China where nearly 80 people have died of the coronavirus and nearly 2,300 people have been infected. According to details by Superintendent of Patna Medical College and Hospital (PMCH), the girl, who hails from Chapra in Saran district, has been admitted to ICU at a hospital there. The official said that the girl showed symptoms similar to that of Coronavirus and now she is on the way to Patna where she will be admitted at PMCH.

Vimal Karak, Superintendent of Patna Medical College and Hospital stated that after the girl reaches PMCH, her blood sample will be sent to National Institute of Virology in Pune for test. He added saying that following her tests, treatment will be provided as per reports.

Ekta Kumari brought to Patna Medical College&Hospital after she showed symptoms similar to #Coronavirus. She says, "Nothing has happened to me, I was released by the airport authorities. My body temperature is around 98 F, I don't have cough. Is this the arrangement in #Bihar?". pic.twitter.com/jREQa0YrM7

In Karnataka, the Airport Health Organisation said no passengers to Bengaluru having history of visit to Wuhan in last 14 days. Total 392 passengers underwent thermal scanner screening from yesterday till 8 am today at Bengaluru International airport. Meanwhile, more than 100 people have been kept under observation in Kerala and Maharashtra.

On Saturday, the Prime Minister's Office (PMO) had reviewed India's preparedness to deal with any situation amid mounting global concern over rising cases of coronavirus in China. Union Health Minister Harsh Vardhan said no positive case has been detected in India so far though samples of seven passengers have been sent to the ICMR-NIV Pune lab.

(The above story first appeared on LatestLY on Jan 27, 2020 09:59 AM IST. For more news and updates on politics, world, sports, entertainment and lifestyle, log on to our website latestly.com).