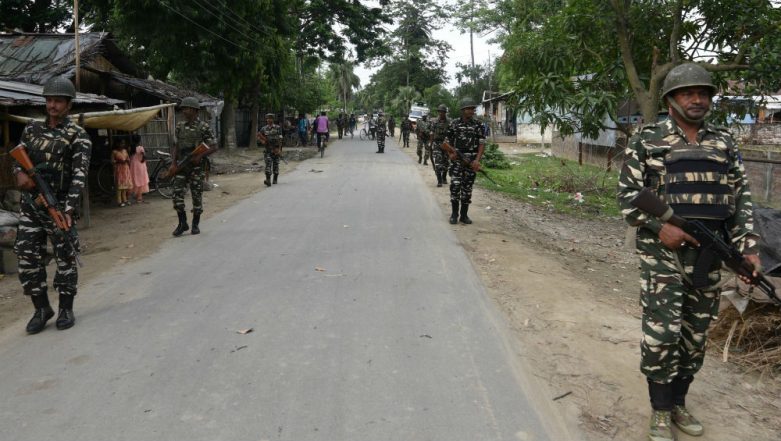 Raipur, October 24: A Central Reserve Police Force (CRPF) personnel on Wednesday committed suicide in Sukma area of Chhattisgarh. According to a tweet by ANI, the CRPF personnel shot himself with his service revolver. According to details by Abhishek Meena, SP Sukma, the tragic incident took place at CRPF 2nd Battalion headquarter in Sukma.

A similar incident was reported from Tezpur in Sonitpur district of Assam. According to reports, the CRPF jawan allegedly committed suicide by firing himself with his standard issue gun, INSAS rifle inside his camp in Tezpur. The deceased jawan was identified as Digambar Madhab (40), who hailed from Mumbai. CRPF Changes Old Training Regime with over 21,000 Fresh Jawans to Be Recruited.

Earlier this week, a CRPF jawan was killed after terrorists lobbed grenades at a camp of the force in Midoora area of Tral in South Kashmir. According to reports, the deceased was identified the jawan as Vijay Kumar. The CRPF had earlier sustained serious injuries in the attack and later succumbed to injuries at a military hospital in Srinagar.

On October 20, a CRPF jawan was killed in a grenade attack by suspected terrorists at Nagampal area of Imphal town in Manipur. Police informed that the incident took place at around 6.30 pm and the CRPF jawan who was identified as Umesh was killed on the spot in the blast.