Cyclone Kyarr to Intensify into Extremely Severe Cyclonic Storm in Next 24 Hours: IMD 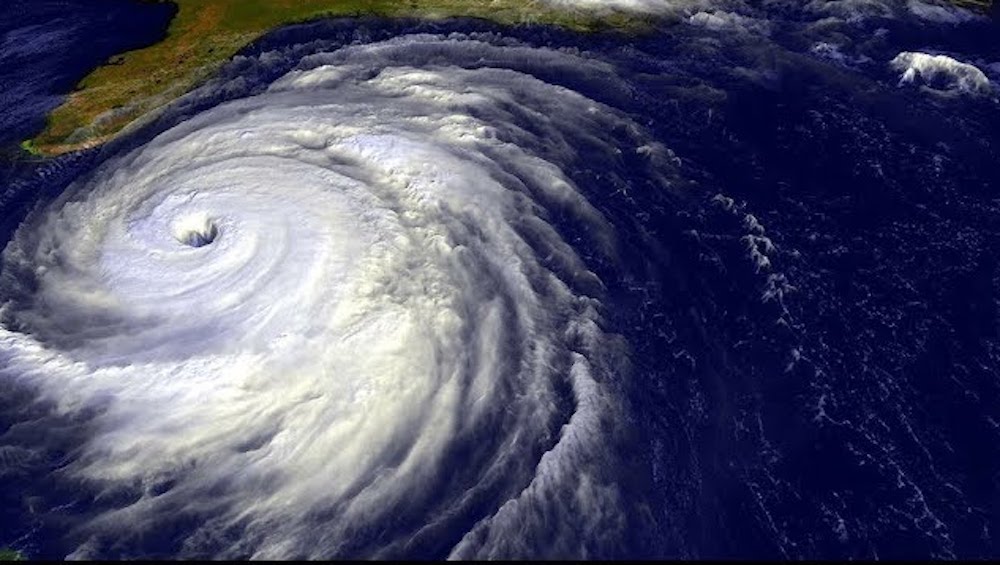 New Delhi, October 26: The Cyclone storm 'Kyarr' is set to intensify further into an 'Extremely Severe' Cyclonic Storm during the next 24 hours as per the Indian Meteorological Department (IMD) forecast update on Saturday. Thunderstorm accompanied by lightning very likely over parts of peninsular and central India during next 48 hours has been predicted by the weather department, which also said that several districts of Maharashtra will also receive light to moderate rainfall for the next five days. Cyclone Kyarr is Moving Away from Western Coast, Rainfall in Goa Likely to Reduce: IMD.

Rain or thundershowers have also been predicted in south interior Karnataka and at a few places over Coastal Karnataka and North interior Karnataka."The Very Severe Cyclonic Storm 'KYARR' (Pronounced as Kyarr) over the east-central Arabian Sea moved west northwestwards with speed of 12 kmph during the past six hours and lay centered at 8:30 am of today" IMD stated.

The cyclone is centered over the east-central Arabian Sea, about 200 km nearly to the west of Ratnagiri, Maharashtra, 310 km south-southwest of Mumbai and 1870 km east-southeast of Salalah (Oman). The cyclone is very likely to move west northwestwards towards Oman coast during next 5 days. It is very likely to intensify further into an Extremely severe cyclonic storm during the next 24 hours.

According to weather forecasting agency, "Under the influence of the above systems, isolated places over Assam, Meghalaya, Nagaland, Manipur, Mizoram and Tripura is likely to receive heavy to very heavy rainfall and heavy rainfall over southwest Peninsular India during next 24 hours decreasing thereafter. Cyclone Kyarr Currently Centred About 310 Km South-West Mumbai, Likely to Cause Heavy Rains Over Western Coast.

"Several districts of Maharashtra will also receive light to moderate rainfall for the next five days. The cyclonic circulation lies over west Assam and its neighbourhood upto 2.1 km above mean sea level.The fishermen have been advised not to venture along and off the sea-coast during the above period.