Delhi: Fire Breaks Out at Chemical Factory in Shahdara Factory 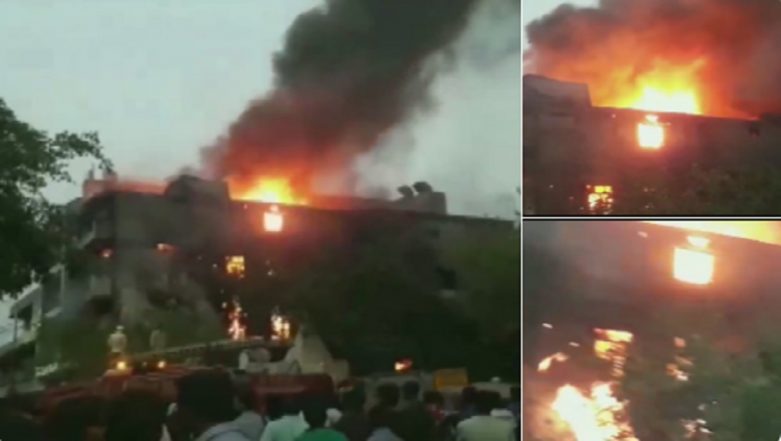 Visuals of the fire at Shahdara | (Photo Credits: ANI)

New Delhi, April 25: A massive fire Thursday broke out at a chemical factory in Shahdara's Jhilmil industrial area, officials said. According to the Fire Department, information about the blaze in a four-storey building was received around 6 pm and 26 fire tenders were rushed to the spot. Mumbai: Fire at Mobile Shop Near Ghatkopar Railway Station

Delhi: Fire breaks out at a chemical factory due to short circuit in Jhilmil Industrial Area. 26 Fire tenders present at the spot. More details awaited. pic.twitter.com/89hPGEcHUF

Efforts are underway to douse the flames. No casualty has been reported so far, the Fire Department said, adding that the cause of the blaze was yet to ascertained.