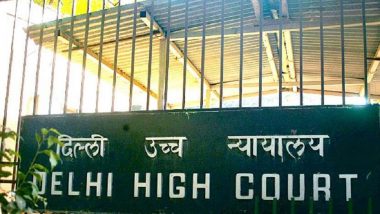 New Delhi, Jul 29: The Delhi High Court on Wednesday declined to entertain a plea seeking action against "certain persons" for carrying out an alleged illegal animal slaughter on Bakri Eid.

The bench also said that general orders as sought by the petitioner, a law student, cannot be issued. It added that she ought to have pointed out the "certain persons" who are violating the law.

The court disposed of the petition as not pressed. The petitioner decided not to press the plea and sought to make a representation after the bench said it will dismiss the petition with costs.

In her plea, the law student has claimed that she made a representation to authorities last year also prior to the Bakri Eid celebrations, but no action was taken till date and that is why she moved the instant petition.