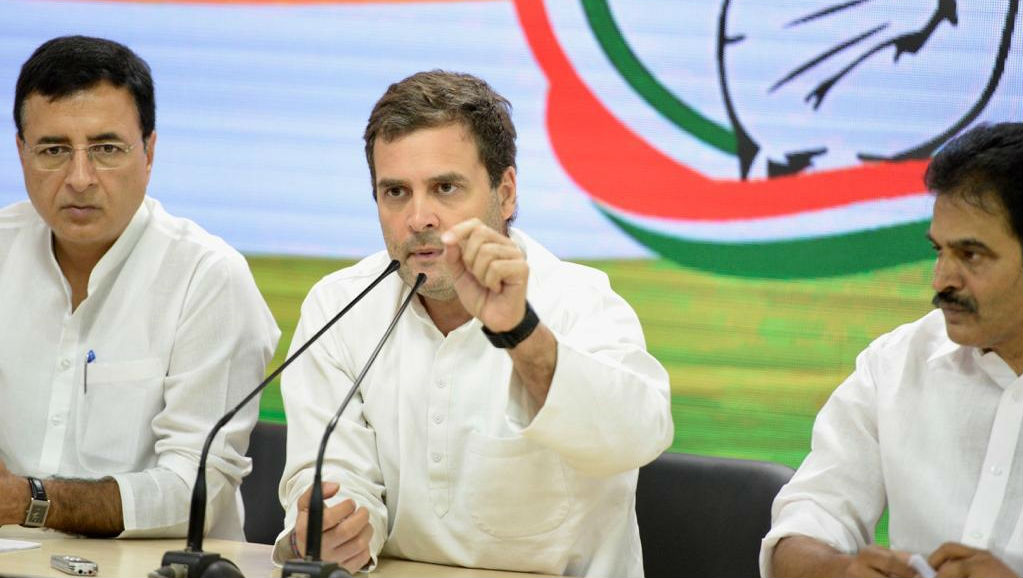 New Delhi, December 16: The Election Commission of India has sought a response from Jharkhand Chief Electoral Officer on Union Minister Smriti Irani's complaint against him for his 'rape in India' remark. Irani had said "this is the first time in history that a leader is giving a clarion call that Indian women should be raped. Is this Rahul Gandhi’s message to the people of the country? He should be punished."

Gandhi scion, however, refused to apologise for his comments. On Thursday, he said "Narendra Modi had said 'Make in India' but nowadays wherever you look, it is 'Rape in India'. In Uttar Pradesh Narendra Modi's MLA raped a woman, then she met with an accident but Narendra Modi did not utter a word." Rahul Gandhi Refuses to Apologise After 'Rape In India' Remark Sparks Row in Parliament, Here's the Video of What he Had Said.

Election Commission of India has sought Rahul Gandhi's response on Union Minister Smriti Irani's complaint against him for his 'rape in India' remark. (file pic) pic.twitter.com/S1WyicvqEU

There were huge protests in the Parliament, following Gandhi's controversial comments. Defence Minister Rajnath Singh demanded cancellation of Rahul Gandhi's Parliament membership. "Such people should not be part of the House. People who make such remarks have no moral right to be a member of this House," he said.