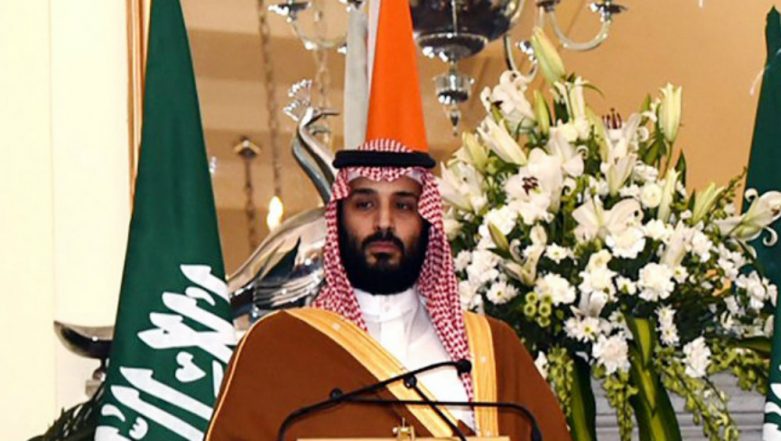 India's relations with Saudi Arabia since 2006 is an example of a dynamic that has enmeshed diversified strategic orientations successfully. While strengthening historical sinews, New Delhis ties with Riyadh over the years, has been unaffected by Indias strident forays into new partnerships in West Asia.

Simultaneously, the relation has also evolved over time into a diversified portfolio that subsumes a far wider range of issues than energy and diaspora issues alone. Home to a 2.7 million strong Indian diaspora, as India's fourth largest trading partner and consistent as one among its three largest suppliers of oil , Saudi Arabia's relevance to the Indian economy is indisputable.

This is, however, an old tale. What Crown Prince Mohammed bin Salman's visit, it was hoped, would consolidate was a more recent role as a strategic partner. Much in the visit touched upon that hope. In addition to the creation of a Strategic Partnership Council, Memorandums to facilitate cooperation between the two sides were signed on a diverse range of concerns such as-

- The National Investment and Infrastructure Fund

Proclamations from MBS - as the Crown Prince is popularly known - alluding to an investment of nearly $200 billion in India over the next two years was also seen as a significant indication of Riyadh's keenness in cultivating ties with New Delhi. Coupled with the general bonhomie and optimism that persisted, MBS' visit does qualify as a successful bilateral meet.

However, it may be worthwhile to consider if the intrinsic value of the partnership could not, in fact, have been leveraged a bit more through themes such as:

Price Stabilisation -This would insulate India from the obvious and expected volatility of the energy markets. India offers an assured market for the mainstay of Saudi Arabia's export basket and an agreement that would ensure price stabilisation for the commodity could, therefore, prove profitable to both the parties.

Abolition of the Asian Premium - The substantial volume of crude oil purchased by India translates into an import bill that is inflated. Removal of such a ‘premium' would aid in reducing India's import bill.

Allowing India a buy-in as a ‘cornerstone investor' into ARAMCO, if and when it is launched, would signal a long-term commitment on part of both the States to strengthening of ties.

Enhanced defence cooperation between the two countries would not only prove beneficial but given regional realities, it would perhaps, prove more effective and binding to forge an institutional mechanism that could propel such a partnership forward.

Finally, there are two factors that New Delhi would perhaps do well to consider in cultivating the relations with the Saudis further-

- To express chagrin and seek to publicly push others to choose India over another country, however justified our own outrage, is not perhaps a very fruitful expression of diplomacy or international politics. It would bode us better to strengthen the invested stake of a country like Saudi Arabia in our own welfare by making the economic and strategic ties too robust to override in times of localized or international conflict; and an integration of economic and security interests does this better than well-meaning but hyperbolic expressions of expectations in the media.

- Indian energy diplomacy has long been plagued by a belated undertaking of due diligence back home before the concluding of agreements with foreign countries. The fact that the massive Saudi investment in Ratnagiri, Maharashtra is now caught in the crosshairs of local politics and land acquisition issues, is just one more example of this tendency. It is true that countries are always appreciative of and seek out lucrative and large markets such as India. That does not, however, imply that sovereign wealth-fund owners such as Saudi Arabia would carry an unending reservoir of patience regarding commitments coming to fruition.

(This opinion piece is authored by Dr. Cauvery Ganapathy of IANS. The views belong to the author. LatestLY does not take any ownership for the same)