The petition alleged that the original Dera chief was kidnapped and killed or would be killed in order to succeed to the throne of the Dera. 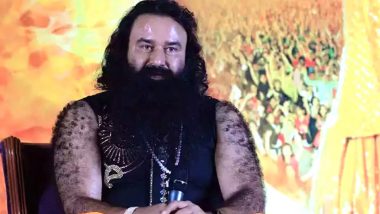 Amritsar, July 3: Punjab and Haryana High Court on Saturday witnessed a strange petition where it was alleged that Gurmeet Ram Rahim, who is lodged in Rohtak jail, is fake, he is not the real Dera Sacha Sauda chief Gurmeet Singh. The petition states that the original Dera chief has been abducted. The petition demands an inquiry into the matter. The High Court will hear this petition on Monday.

The petition alleged that the original Dera chief was kidnapped and killed or would be killed in order to succeed to the throne of the Dera. It has been alleged in the petition that the Dera chief who has been placed in jail is a "dummy." The petitioners alleged that they came to know through sources that the original Dera chief was abducted from Udaipur in Rajasthan and are now planning to replace the fake person with the real one. Dera Sacha Sauda Chief Gurmeet Ram Rahim Singh Granted 21-Day Furlough.

According to the petition, the petitioners as well as other followers noticed various changes in the personality, etc. of the Dera chief. His height had increased by an inch, and the length of his fingers and the size of his feet had also increased. The perusal of videos and photographs published by the alleged Dera chief or dummy person during the current parole period clearly revealed that he had a makeover or masking on his face and hands which changed from video to video.

(The above story first appeared on LatestLY on Jul 03, 2022 12:08 PM IST. For more news and updates on politics, world, sports, entertainment and lifestyle, log on to our website latestly.com).