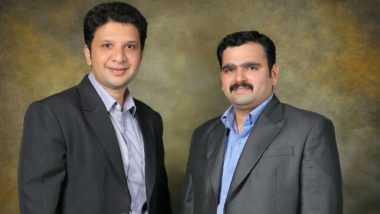 With an increasing awareness about Generic medicine amongst common people and the demand gathering momentum, Genericart, one of India’s leading chain of generic medicine stores has chalked out ambitious plans for a Pan India expansion.

Shripad Kolhatkar and Salim Sayyed , Directors of Genericart, informed that they started their first shop at Miraj ( Dist Sangli ) Maharashtra on 6 July 2015 . At that time there was very little awareness about generic medicines amongst common people as well as doctors. “ We had already conducted a survey amongst approximately 25000 people about the awareness of Generic Medicines.”

They added that today Genericart Medicine is a leading drug store chain of Generic Medicines in India with ISO 9001-2015 recognition. “ We are engaged in appointing franchisee of Generic Medicine shops all over India. Currently the company has more than 1100 registered shops named SWAST AUSHADHI SEVA /GENERICART MEDICINE in Maharashtra as well as in Karnataka and in Kerala. More than 60 lakh satisfied customers are deriving benefit from our shops.”

“ In the next 10 years we would want to expand to a total of 25000 outlets in India across states. The response so far has been very good. People coming to our outlets include those with diabetes, cardiac ailments , thyroid and other diseases and mostly above the age group of 40. We have more than 1200 products.

There are still questions in the minds of some people about the quality. But we ensure quality medicines from GMP and WHO- GMP ( Good Manufacturing Practices ) certified manufacturing units . Contrary to general perception most of the doctors have actually supported this, and which is going a long way in helping increase awareness .”

The Directors added that apart from delivering medicines to the patients at lower costs the company has created more than 10,000 jobs directly and indirectly so far.