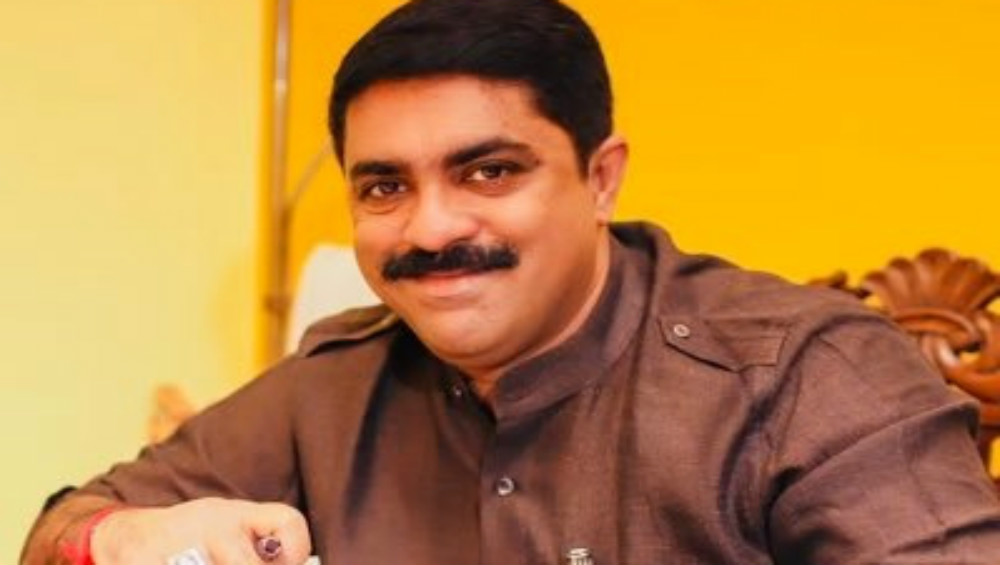 Panaji, November 18: Goa Deputy Chief Minister Vijai Sardesai on Monday challenged Chief Minister Pramod Sawant to campaign for the upcoming bypolls in Karnataka and repeat therein his promise of not sharing the Mhadei river waters with the neighbouring state.

In a tweet on Monday, Sardesai also likened Sawant's leadership to pale rice water, claiming the lattrer does not have any clout with the party's central leadership, to leverage advantage for Goa in its ongoing conflict with the Karnataka government over the latter's controversial Kalasa-Banduri water diversion project across the Mhadei river.

"I challenge @DrPramodPSawant 2 campaign in #KarnatakaByElections & publicly state that he wouldna¿t allow a single drop of #Mhadei water 2 b diverted. Last month he canvassed in Maharashtra assembly polls & bought property too," said Sardesai, who also heads the Goa Forward party in the coastal state.

@VijaiSardesai @Goaforwardparty challenges @DrPramodPSawant to campaign in #KarnatakaByElections & publicly state that he wouldn’t allow a single drop of #Mhadei water to be diverted. Last month he canvassed in Maharashtra assembly polls & bought property too, Vijai tweets

"He has no clout in Delhi, this CM is as good as rice water," Sardesai said.

The criticism of Sawant comes days after Union Environment Minister Prakash Javadekar's assurance of clarifying his ministry's clearance, within 10 days, of the Rs 841 crore Kalasa-Banduri project, which has been objected to by Goa.

The Opposition has chided Sawant for not being able to lobby Goa's case vis-a-vis the attempted water diversion with the BJP central leadership as well as with the Centre.

Karnataka is expected to witness bypolls to 15 assembly constituencies and one of the issues likely to be trumped about by the BJP during the campaign, is the Union Environment Ministry's controversial clearance of the Kalasa-Banduri dam, a project which has been hanging fire for several years due to opposition from Goa.

The Mhadei river originates in Karnataka and meets the Arabian Sea in Panaji in Goa, while briefly flowing through Maharashtra.

An inter-state water disputes tribunal, set up by the Central government after hearing the over two-decade-old dispute between Goa, Karnataka and Maharashtra on sharing Mhadei river water, had, had, in its award in August 2018, allotted 13.42 thousand million cubic feet (TMC) from the Mhadei river basin (including 3.9 TMC for diversion into the depleted Malaprabha river basin) to Karnataka.