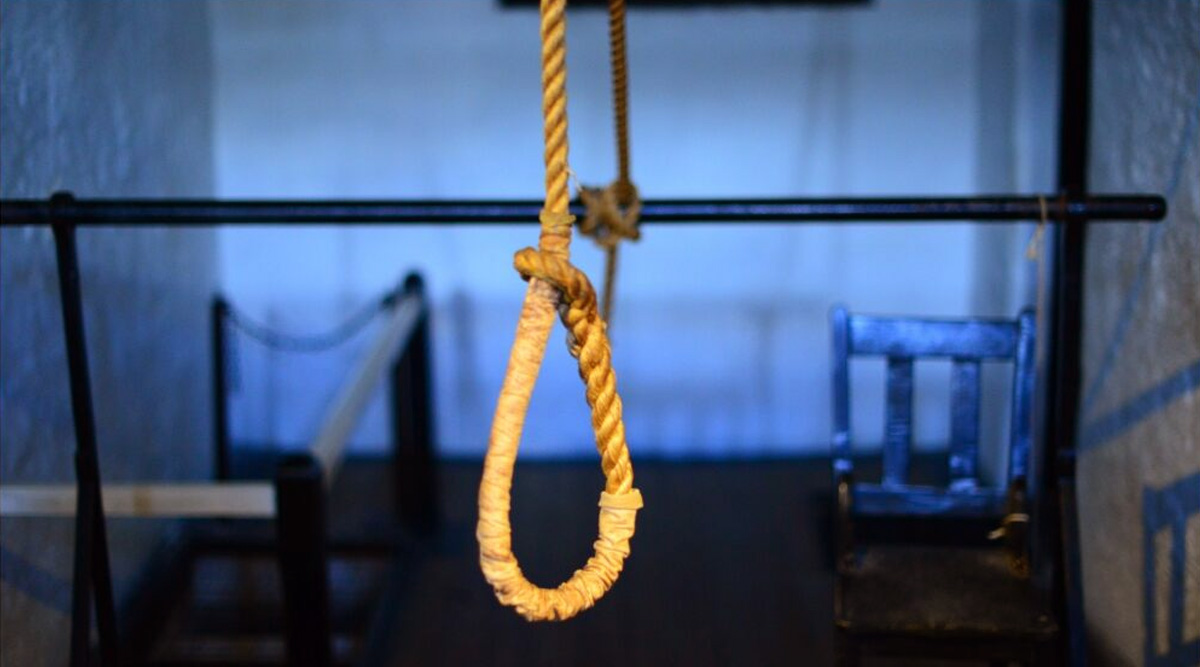 Gurugram, February 7: A Gurugram court on Friday pronounced death penalty to convict Mahipal in the case related to the murder of Haryana Judge Krishan Kant’s wife and son in 2018. The court termed the killing as a rarest of rare crime. Mahipal was the personal security officer (PSO) of then Gurugram Additional Sessions Judge Kishan Kant Sharma. Gurugram Firing: Additional Sessions Judge's Son Declared 'Brain Dead' a Day After Wife Succumbs to Injuries.

He gunned down Judge’s wife and son in October 2018. Mahipal was held guilty under sections 302 (murder) and 201 (causing disappearance of evidence of offence) of the Indian Penal Code. He was also convicted under Section 27 of the Arms Act.

Various videos of shooting posted online were taken into account while announcing the verdict in the case. The court also considered testimonies of 66 eyewitness, reported The Tribune. Blood sample of Judge Krishan Kant’s wife and son were the major evidence of the crime.

Krishan Kant's wife Ritu (45) and son Dhruv (18) had gone for shopping in the Arcadia market on October 15,  2018, when they were shot by Mahipal in the open in a crowded market. They were admitted to a hospital in critical condition. Ritu was shot in the stomach and shoulder and Dhruv was shot in his head by the personal security officer.