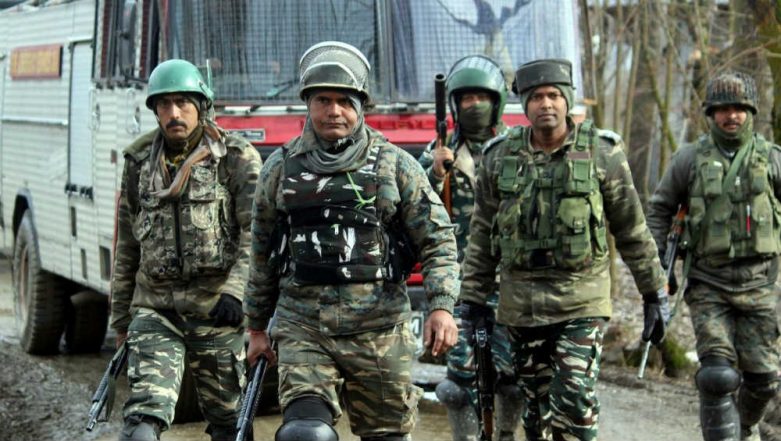 Srinagar, May 17: A high-level terror alert has been sounded in Jammu & Kashmir, with top government sources claiming that a major attack is being planned in state capital Srinagar and neighbouring Awantipora. Under the militants' radar are the air bases located in both the towns, reports said citing Intelligence inputs.

"Intelligence input warns against terrorists’ plans to carry out an attack on Srinagar and Awantipora air bases. Security forces on high alert in and around these bases," news agency ANI reported quoting government sources. J&K: Three Terrorists Gunned Down in Shopian Encounter

The intel alert comes amid an ongoing counter-extremist drive in the Valley, with forces raiding terror hideouts and neutralising militants on regular intervals. The hotbed of militancy continues to remain South Kashmir, where most of the encounters are being reported.

A total of 69 terrorists were killed in Jammu & Kashmir till mid-April this year, as per the data released by the Indian Army last month. 41 of them were eliminated following the attack on an CRPF convoy in Pulwama, which left 40 soldiers dead.

The alert issued at Srinagar and Awantipora air bases comes over three years after militants affiliated to Jaish-e-Mohammed struck at the Pathankot air base located close to the borders of Punjab. The attack derailed the talk process which was jointly initiated by Indian PM Narendra Modi and his Pakistani counterpart Nawaz Sharif.