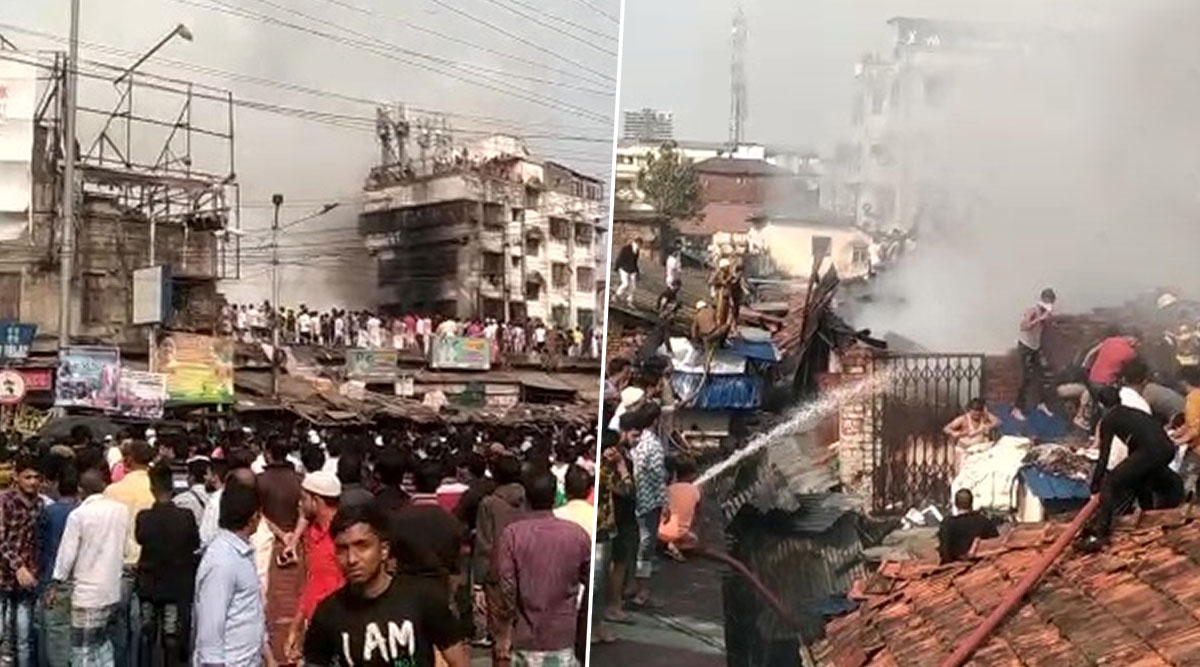 A fire erupted in a building in Kolkata (Photo Credits: ANI)

Kolkata, February 16: A fire broke out in a building at Raja Bazar in Narkeldanga area of Kolkata on Sunday. According to reports, the blaze erupted on the second floor of the building. After receiving the 12 fire tenders have reached the spot. Firefighting operations are currently underway to douse the blaze. Kolkata: Fire Breaks out at Chemical Godown, 25 Fire Tenders Rushed to Control Blaze.

Till now, there are no reports of any injuries or casualties in the fire. Local authorities have also rushed to the site where the fire erupted. A thick blanket of smoke has engulfed the entire area. Due to the fire, panic gripped the locals. The exact cause of the fire is yet to be ascertained. However, some reports claimed that the blaze erupted after LPG cylinder exploded. More details are still awaited. Kolkata: Fire Breaks Out in Lenin Sarani Hotel, No Casualty Reported.

Kolkata: Fire breaks out on the 2nd floor of a building at Raja Bazar in Narkeldanga area. Fire-fighting operation underway. 12 fire tenders are present at the spot. No casualty or injury reported till now. pic.twitter.com/yXDLiMgWFG

Last year in October, a massive fire broke out in Baishaki mall in Kolkata near the Salt Lake area in Kolkata during the festival of Navaratri. No casualties were reported in the blaze.