Reports inform that the victim, who is herself a police constable, had lodged a complaint against her in-laws for trying to set her ablaze on March 8. 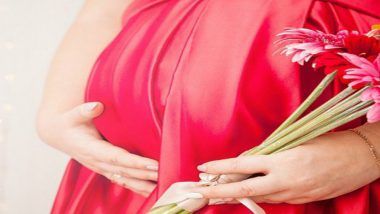 Nasik, March 11: In a shocking incident from Nasik region in Maharashtra, the husband and in-laws of a pregnant lady tried to set her on fire after she questioned her husband about his illicit relationship. Reports inform that the victim, who is herself a police constable, had lodged a complaint against her in-laws for trying to set her ablaze on March 8. According to police, the 26-year-old complainant, who has been deployed at the Arms Department, Mumbai Headquarters, had gone to visit her in-law’s in Nasik for a religious ceremony at the time when the incident took place. Delhi: 18-Year-Old, Set Ablaze by Stalker, Succumbs to Burn Injuries at Safdarjung Hospital.

According to a report by Free Press Journal, the woman received a call on her husband’s mobile number where a girl spoke about her relationship with him. It was on March 7 that the woman told the complainant that she (the caller) and her husband had been in a relationship for the past five years. The girl, who had called, warned the victim of severe consequences if she told anyone about the call or the relationship following which she disconnected the call. Uttarakhand: 18-Year-Old Girl Set Ablaze by Stalker For Turning Down His Proposal.

The FPJ report further states that the complainant told her in-laws about the call the next day following which her husband and in-laws locked her up in a bedroom, assaulted her, put kerosene on her and tried to set her ablaze. As her screams were heard, the neighbours rushed to save her. They broke the door of the house and came to her rescue. According to police, a case was registered against the woman's husband and her in-laws for trying to kill her. An investigation into the matter has been initiated.

(The above story first appeared on LatestLY on Mar 11, 2019 04:42 PM IST. For more news and updates on politics, world, sports, entertainment and lifestyle, log on to our website latestly.com).