Not Everyone Takes Drugs in Bollywood: Actor Anusheel Chakrabarty

All kinds of questions are being raised on the film industry due to the drugs angle during the CBI investigation into Sushant Singh Rajput's death. In such a situation, Actor Anusheel chakrabarty said that not every person in Bollywood takes drugs. 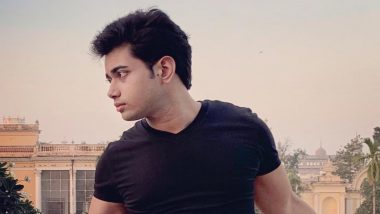 All kinds of questions are being raised on the film industry due to the drugs angle during the CBI investigation into Sushant Singh Rajput's death. In such a situation, Actor Anusheel chakrabarty said that not every person in Bollywood takes drugs.

The kind of news and things are in the headlines today due to which the image of the entire Bollywood is getting tarnished.

While this is not really the case, many actors of the industry also do good work for the society and the country. During the Corona period, donations of crores of rupees were given to the country by Bollywood. For this reason, the punishment of the mistakes of some people cannot be punished by bringing the entire industry into disrepute.

Let us tell you that recently 38 leading cinema associations and production houses of India’s Hindi cinema have joined together to sue two TV news channels for allegedly making “irresponsible, derogatory and defamatory remarks” against the film industry.Leading Bollywood filmmakers have filed a lawsuit in the Delhi High Court against "irresponsible reporting by certain media houses", in the latest fallout of the Sushant Singh Rajput investigation. Some of the film industry's biggest names, including Akshay Kumar,Aamir Khan, Shah Rukh Khan, Salman Khan, Ajay Devgn, Karan Johar, Aditya Chopra and Farhan Akhtar, have come together in the unprecedented legal action against two channels.

The channels used "highly derogatory words and expressions for Bollywood", said the producers, listing terms like "dirt", "filth", "scum" and "druggies" used over the past few months.

The producers also complained about the channels using provocative expressions like -- "It is Bollywood where the dirt needs to be cleaned"; "All the perfumes of Arabia cannot take away the stench and the stink of this filth and scum of the underbelly of Bollywood"; "This is the dirtiest industry in the country"; and "Cocaine and LSD-drenched Bollywood".

(The above story first appeared on LatestLY on Oct 19, 2020 06:35 PM IST. For more news and updates on politics, world, sports, entertainment and lifestyle, log on to our website latestly.com).