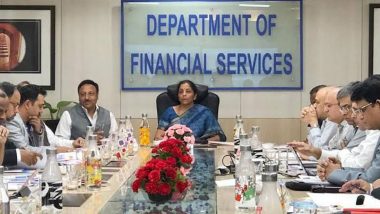 According to the data released by the Ministry of Finance, The various economic indicators in manufacturing, agriculture, and services are showing a gradual recovery after India entered the ‘Unlock India” phase from June 1.

Agriculture: An all-time record figure of 382 Lakh Metric Tonnes of wheat has been procured from the farmers till June 16 surpassing the earlier record of 381.48 LMT achieved during 2012-13. Over 42 Lakh farmers have been benefited and a total amount of about Rs. 73,500 crore has been paid to them towards Minimum Support Price (MSP) for wheat.

In the case of the Minor Forest Produce (MFP) the scheme has hit a record-breaking high with the procurement touching Rs. 79.42 crores in 16 states. IMF Projects Sharp Contraction of 4.5% in Indian Economy in 2020 Due to Coronavirus Pandemic.

As on 19th June, farmers have sown 13.13 million hectares of Kharif crops, 39 percent higher than the corresponding period of last year with a big jump in area coverage under Oilseeds, Coarse Cereals, Pulses, and Cotton.

Fertilizer sales have surged by almost 98 percent year-on-year in May 2020(40.02 lakh tonnes), reflecting a robust agricultural sector. Manufacturing: India’s PMI Manufacturing and Services showed a lower contraction in May at 30.8 and 12.6 respectively over April 27.4 and 5.4 respectively.

In June, growth in consumption of petroleum products is expected to be still higher after one month of Unlock 1.0.

Services: Railway freight traffic improved by 26 percent in May (8.26 crore tonnes) over April (6.54 crore tonnes), though still lower than previous year levels. The improvement is likely to continue in June in sync with growth in the movement of goods on National Highways.

Average daily electronic toll collections increased from Rs. 8.25 crore in April 2020 to Rs. 36.84 crore in May, rising more than 4 times. In the first three weeks of June, it has improved further to Rs. 49.8 crore.

While total digital Retail financial transactions via NPCI platforms increased sharply from Rs. 6.71 lakh crore in April 2020 to Rs. 9.65 lakh crore in May. The trend is expected to continue in June driven by a sustained pick-up in real activity.

Monetary Indicators: With RBI’s efforts towards ensuring adequate liquidity, private placement of corporate bonds picked up sharply by 94.1 percent (YoY growth) in May (Rs. 0.84 lakh crore) as compared to a contraction of 22 percent in April (Rs. 0.54 lakh crore). June is likely to see a still larger placement as excess liquidity persists in the system.

India’s forex reserves at USD 507.6 billion as on 12th June, continue to provide a crucial cushion to external shocks on the back of higher FDI, portfolio flows and low oil prices. FDI in India recorded an inflow of USD 73.45 billion in FY 2019-20, an increase of 18.5 per cent over the previous fiscal.

(The above story first appeared on LatestLY on Jun 24, 2020 09:52 PM IST. For more news and updates on politics, world, sports, entertainment and lifestyle, log on to our website latestly.com).