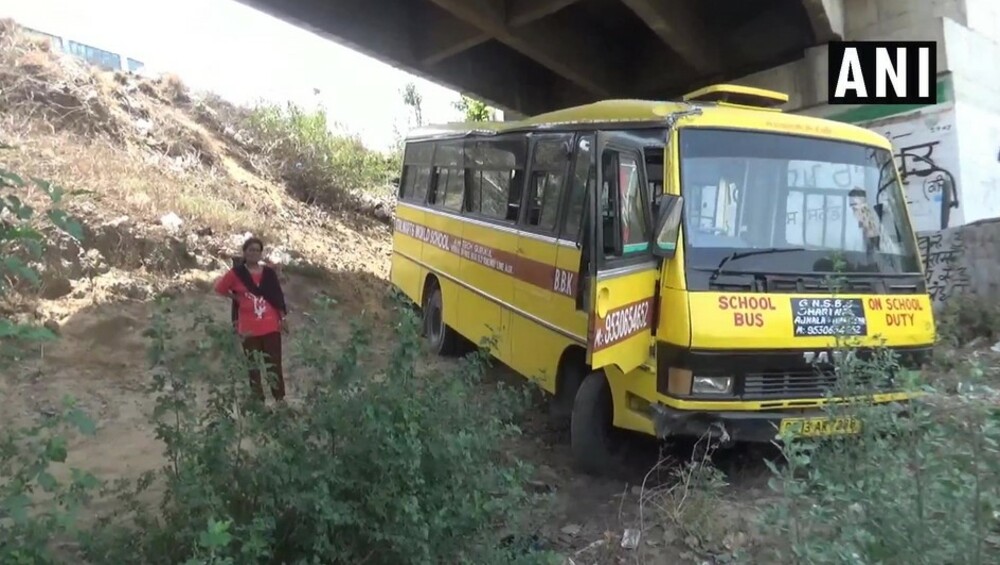 Prayagraj, January 14: In a first of its kind attack, crude bombs were hurled at a school bus in Prayagraj on Monday evening, leaving two students injured. According to reports, the school bus was targeted when it was taking students of a public school back home in the afternoon. There were over 20 students on the bus when two unidentified men intercepted the vehicle and then hurled a crude bomb at it near Habusa turn, in the Sarayinayat police station, in trans-Ganga area.

The explosion shattered the window panes of the bus and left students on board crying for help. As the bus stopped, the students ran out, leaving their belongings. Madhya Pradesh Accident: 5 Children Injured as School Bus Overturns in Hoshangabad.

The injured students have been identified as Mridul Kushwaha and Tushar. Mradul, a student of class 9 has sustained injuries on his right palm while Tushar also sustained minor injuries.

SSP (Allahabad) Satyarth Anirudh Pankaj said accused had stopped the bus on the pretext of having a conversation with one of the students sitting inside. "Police have been looking for CCTV footage to ascertain the identities of the accused. A police team has also been constituted to identify and arrest the accused.