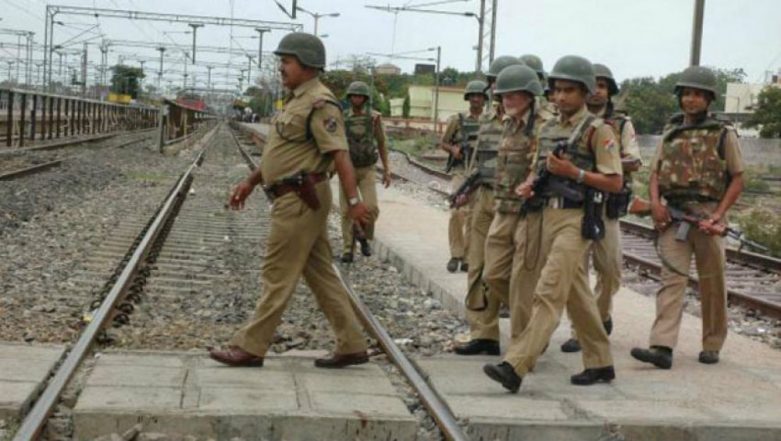 Mumbai, February 22: In the wake of the Pulwama terror attack that killed 40 CRPF jawans, the Railway administration has stepped up security across its network, especially in the Mumbai metropolitan region, officials said on Friday.

Railway officials said although there was no specific intelligence input, security agencies have been put on high alert for the safety of passengers.

"Following instructions from the Railway Board, the apex body of the Indian Railway, security has been stepped up across its network, especially in Mumbai," officials said.

"In view of the Pulwama attack and with general elections round the corner, the railway authorities in Mumbai have got instructions from the Railway Board to stay alert," they added. PM Modi in Seoul: 'Time for World to Act Beyond Talks on Terror'.

According to them, the Ministry of Home Affairs (MHA) has advised not only the railways, but also other authorities, including local police, to keep a strict vigil at airports, cinema halls, malls and other public places.

Mumbai is the headquarter of the Central Railway (CR) and the Western Railway (WR). Over 70 lakh people use suburban trains for their daily commute in the metropolis.

A senior Railway Protection Force (RPF) official said they have tightened the security at the stations following general instructions from the higher authorities.

K K Ashraf, senior divisional security commissioner of Mumbai division of the CR said, "Security has been enhanced in the wake of Pulwama terror attack. We have issued advisories to all the units to stay alert and keep a vigil."

"We have deployed maximum number of personnel at the platforms and stations. Our men in civil dress are keeping a watch on people. Starting yesterday, combing operation is carried out in the morning and evening peak hours as a precautionary measure," he said.

"There is no specific intelligence input, but we are following the general instructions for the safety of our passengers," Ashraf added. A senior WR official said security agencies have been put on high alert.

"WR teams are keeping a watch on the stations through CCTV cameras and conducting mock drills. Long distance trains, especially the Delhi-bound ones, are being checked with sniffer dogs and bomb detection squads," the official said.

When contacted, WR chief spokesperson Ravinder Bhakar said orders have been given for conducting special security checks at the stations with high footfalls.

Passengers were also being urged to inform the security agencies if they spot any suspicious movement or person and baggage lying unattended at the stations.