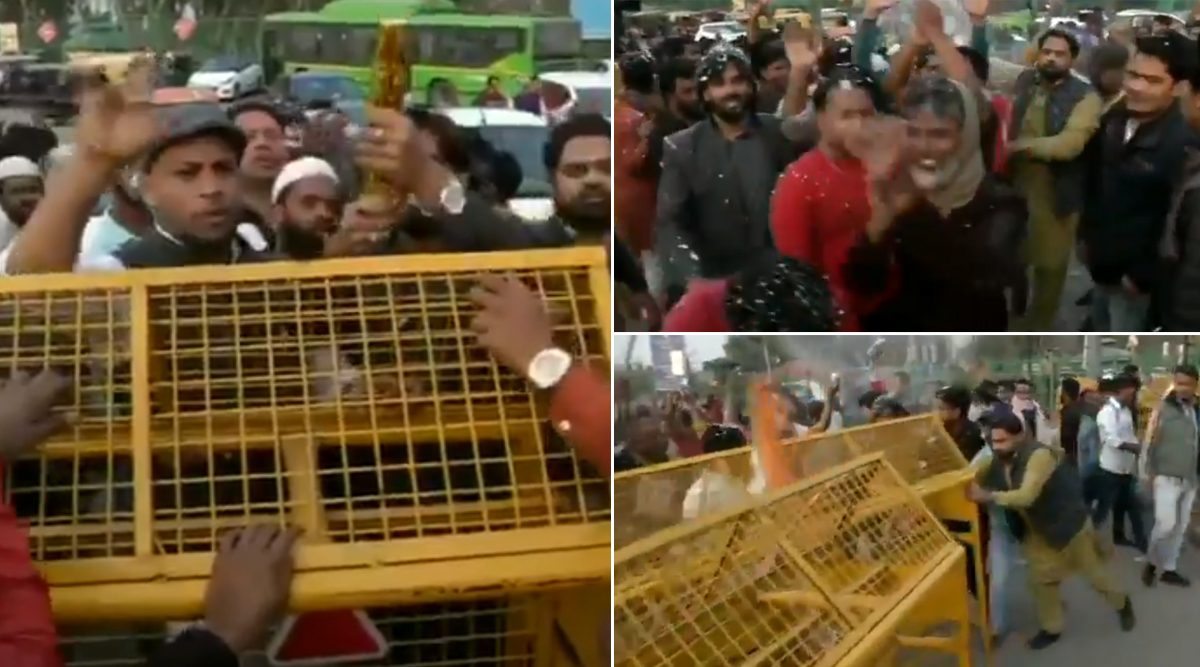 New Delhi, February 22: A group of anti-CAA protesters on Saturday reopened a road in South East Delhi's Shaheen Bagh that had been blocked for 70 days. According to reports, the group reopened road number 9, also known as Okhla road, that connects Noida in Uttar Pradesh to Delhi's Kalindi Kunj. The route was later blocked by another group. It remains unclear if the Shaheen Bagh protest organisers had consented to the opening of the road. Anti-CAA Protests at Shaheen Bagh: Supreme Court-Appointed Mediators Slam Police For Re-Barricading Alternate Route Between Noida & Faridabad.

"A little earlier today, Road number 9 was reopened by a group of protestors, but later it was closed by another group. Again, a group of protestors have reopened a small stretch, however, there's still no clarity if all protestors have consent on this," DCP South East Delhi, RP Meena, told news agency ANI. A video of celebration following the re-opening of the road number 9 in Shaheen Bagh was also shared by ANI. Shaheen Bagh is Intact and Will Remain, Says Mediating Lawyer Sadhana Ramachandran.

Celebration After Reopening of Road No 9 Near Shaheen Bagh:

The passage was blocked after hundreds of women staged a sit-in in the Shaheen Bagh area of the national capital against the Citizenship Amendment Act (CAA) and National Register of Citizens (NRC). Women protesters began the sit-in at Shaheen Bagh in Okhla area of Delhi on December 15. The move comes four days after the Supreme Court-appointed interlocutors met the protesters at Shaheen Bagh to find a solution to the deadlock over the disruption of road traffic.

Earlier on Friday, vehicular movements on the Mahamaya flyover - connecting Delhi, Noida and Faridabad - was permitted briefly after police removed barricades to ease congestion in the area. The key road near Shaheen Bagh was barricaded by the Uttar Pradesh and Delhi Police since December 15 last year.