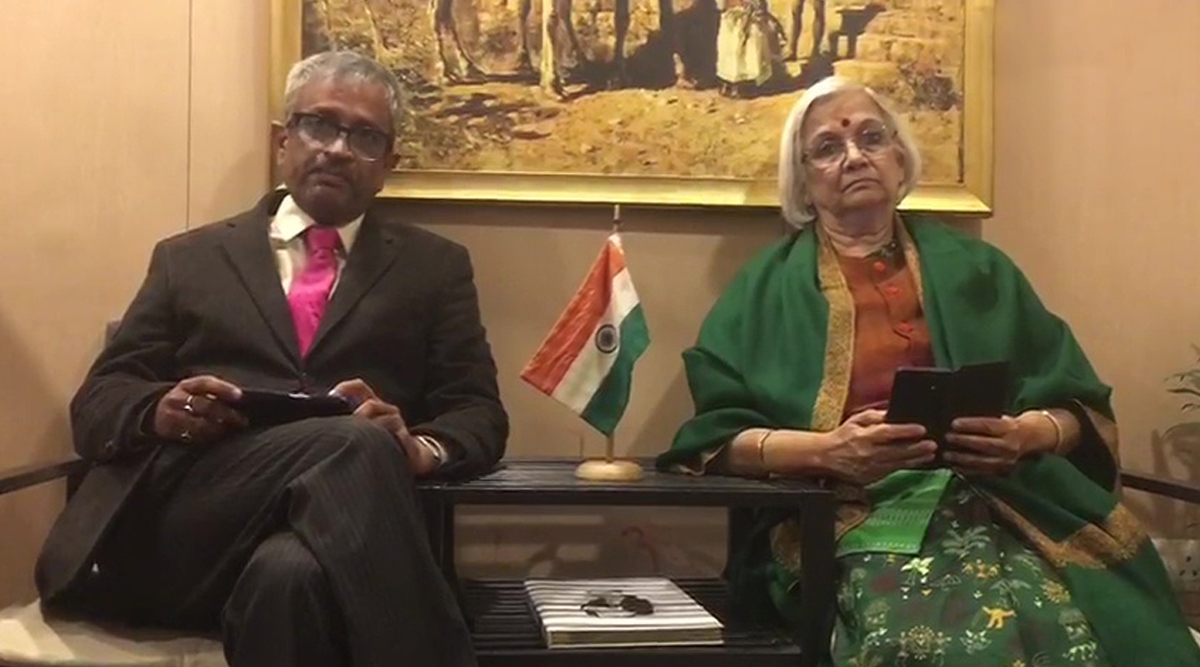 New Delhi, February 21: Supreme Court-appointed mediators, Sanjay Hegde and Sadhana Ramachandran, on Friday slammed Uttar Pradesh cops after they once again put barricades back on the alternate route between Noida and Faridabad. Hegde, after meeting anti-CAA protesters at Shaheen Bagh, Hegde said that they were disappointed as the road was barricaded again for no apparent reason by the police. Shaheen Bagh is Intact and Will Remain, Says Mediating Lawyer Sadhana Ramachandran.

The Supreme Court-appointed mediator called re-barricading the road “distressing” as it defeated the very purpose of confidence-building. Hegde said, “This is extremely distressing to us, and we wish to emphasize that the action of re-barricading the roads defeats the very purpose of confidence-building on the part of the Police.”

Earlier in the day, the UP police removed the barricades on the road from Mahamaya flyover in Noida to Delhi and Faridabad. However, after few minutes, the road was again barricaded. According to India Today report, police opened the road only to clear the passage of a bus. The Shaheen Bagh-Kalindi Kunj road is parallel to the Noida-Greater Noida Expressway. Shaheen Bagh Protests: Supreme Court Appoints Advocate Sanjay Hegde & Sadhana Ramachandran As Mediators to Talk to Protesters on Shifting Agitation to Another Venue.

Hegde and Ramachandran held talks with the Anti-CAA protesters on Friday for the third day. They urged demonstrators to clear the road and "make way to the hearts". The duo listened to the protestors and their demands. Women protesters asked the interlocutors that when several adjoining roads in the area are open, why they have been asked to move to another site.

The Shaheen Bagh protesters also told the Supreme Court-appointed interlocutors that, the apex court should pass an order ensuring their security if the road parallel to the anti-CAA protest site was opened. They assured the protesters to take up their demand of "ensuring safety to them" to the top court. The protest at Shaheen Bagh has been going on since December 15 against the contentious Citizenship Amendment Act (CAA) and the National Register of Citizens (NRC).