The Tamil Nadu government is to bring in full-proof and legally tenable legislation to regulate online games, including online rummy. 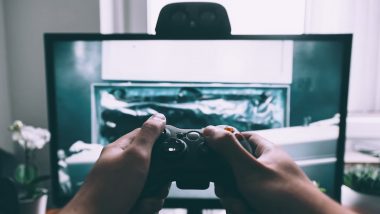 Chennai, Aug 19: The Tamil Nadu government is to bring in full-proof and legally tenable legislation to regulate online games, including online rummy.

It is to be noted that 20 people have committed suicide in the state during the past three years after losing money by playing online games. Sources in the government told IANS that the onus will not be on banning online games, but instead a mechanism will be developed to control them. The state is planning to regulate the companies which are into online games and also use social pressure against those who are becoming addicted to playing these online games. PUBG Game Turns Fatal in Andhra Pradesh, 16-Year-Old Boy Kills Self in Krishna District After Friends Mock Him Over Defeat in Online Game

Online gaming companies, according to officials with the government, have said that more than 70 per cent of online games are for entertainment and only 10 to 15 per cent charge minor stakes, and only a 15 per cent have involvement in major stakes.

Meanwhile, the PMK, the political arm of the powerful Vanniyar community, called upon the government to effect a total ban on online gambling which was leading to the death of several people.

The PMK has been at the forefront of agitations against the online games and party state president and former Union Minister, Dr. Anbumani Ramadoss had met the Chief Minister, and demanded a ban on the online games.

(The above story first appeared on LatestLY on Aug 19, 2022 05:19 PM IST. For more news and updates on politics, world, sports, entertainment and lifestyle, log on to our website latestly.com).