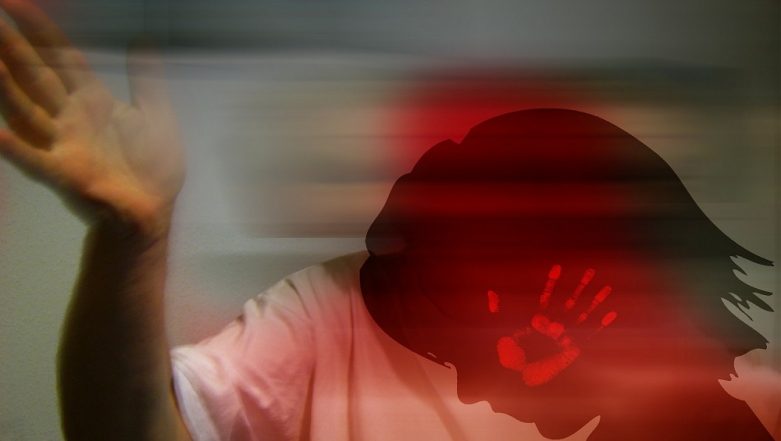 Jaunpur, July 8: Three Dalit youths were stripped and beaten up for allegedly committing a theft in Uttar Pradesh's Jaunpur district. According to reports, the youth were caught red-handed by the owner of a mobile store when they were breaking in late Saturday night. A video of the incident also went viral on social media.

Jaunpur Superintendent of Police Vipin Kumar Mishra said that the an FIR has been registered against the three youths who were taken into custody. Meanwhile, the people who thrashed the men have also been booked and an investigation is underway, Mishra added. Uttarakhand: Dalit Youth Beaten to Death by Upper Caste Men in Tehri Garhwal for Sitting on Chair and Eating Dinner at Wedding.

The accused, allegedly, came on a motorbike with no number plate at night and tried breaking the lock of the store. When the noise woke up the people nearby, the accused tried to flee.

Several people in the market chased them and managed to catch one of the accused. The villagers then thrashed him and held him captive till the next morning. When the villagers got to know about the whereabouts of the other two accused, they picked them up from their homes as well. After the accused were brutally thrashed, they were handed over to the police.