In a shocking incident, a six-year-old boy was allegedly abducted and sodomised by a group of four juveniles aged between 10-14 years in Sambhal district, police said. 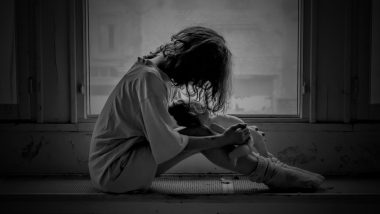 Sambhal, July 13: In a shocking incident, a six-year-old boy was allegedly abducted and sodomised by a group of four juveniles aged between 10-14 years in Sambhal district, police said.

The four accused allegedly abducted the boy when he was playing outside his home. They then took the victim to an isolated place and sodomized him.

The four juveniles are residents of the same village where the boy lives with his parents. The boy narrated the entire ordeal to his parents. Uttar Pradesh Shocker: 20-Year-Old Woman Set Ablaze by Boyfriend's Brother in Bulandshahr.

The family of the six-year-old boy, thereafter, lodged a complaint against the four accused.

"An FIR has been registered against the four minor accused under various IPC sections, including 377 (unnatural offences), 506 (punishment for criminal intimidation), 504 (intentional insult with intent to provoke breach of the peace)," he said.

The victim has been sent for medical examination and the report is still awaited. The police have started an investigation into the case.

However, no arrests have been made in the case yet.

(The above story first appeared on LatestLY on Jul 13, 2021 10:10 AM IST. For more news and updates on politics, world, sports, entertainment and lifestyle, log on to our website latestly.com).