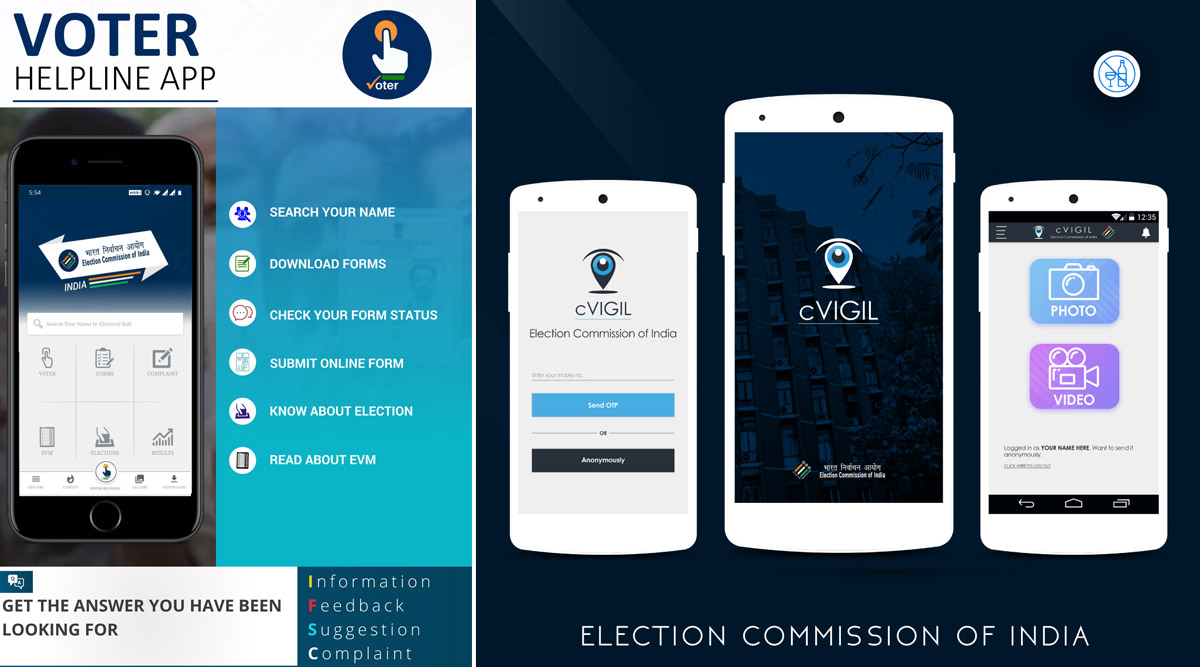 New Delhi, January 18: The Voter Helpline App and the cVIGIL of the Election Commission of India (ECI) have won the eGovernance ‘Award of Excellence’ for the year 2019. The two innovative ICT applications of ECI, which were developed in-house, were the most used in the last year. The Voter helpline App with 2.16 crore downloads from the App stores of Google play store and iStore for Apple users, this national award-winning application has taken roots as a major tool for citizen empowerment. Meanwhile, the cVIGIL was used first in five states’ Assembly General elections during October- December 2018. Till Jharkhand State Assembly General elections during November-December 2019, a total number of 1,71,745 cases have been filled through cVIGIL and from which 1,27,567 (74%) of the cases have been found correct.

The cVIGIL app helps citizens to report Model Code of Conduct (MCC) Violations such as bribery, free gift, liquor distribution, playing loudspeakers beyond the permissible time during the elections. By using a simple mobile app, the citizen captures the live photo or video. The Election machinery comes into action immediately as they get the evidentiary proof of the violation. Every cVIGIL case is acted upon and replied back with the action taken in the 100-minute timeline.

The Voter helpline App provides an option for voters to search their name in 90+ crore electors database, fill forms for new voter registration, migration and corrections, allow downloading of digital photo voter slips, displays the complete information about the contesting candidates and their affidavits and most importantly allows voters to view the real-time results. The application is available from the google play store and Apple Store.

These awards of excellence to the ICT initiatives of ECI recognizes the ICT vision of ECI and the efforts of ECI officials at all levels in bringing eGovernance initiatives to fruition for the benefit of the Citizens and the stakeholders. The award was presented at KiiT, Bhubaneswar. Dr. Kushal Pathak, Director ICT & CISO, ECI and Chief Electoral Officer of Odisha, Sushil Kumar Lohani received the award on behalf of ECI.