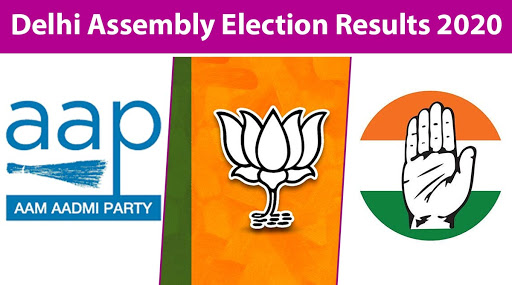 New Delhi, February 11: The counting of votes for the Delhi Assembly Elections 2020 began on Tuesday. Delhi witnessed a triangular fight between Aam Aadmi Party, Bharatiya Janata Party and the Congress. The voting for 70-member assembly took place on Saturday, i.e. February 8. The results are being announced today. The counting of votes began at 8 am and the names of winners will start coming in soon. Stay with LatestLY for Live updates on party-wise and constituency-wise winners' list and know the names of leading and trailing candidates and winning MLAs.

Earlier on Sunday, the Election Commission addressed a press conference and declared the final voter turnout figures of the Delhi assembly polls 2020. Chief Electoral Officer (CEO) Ranbir Singh, while addressing the press, announced that an overall turnout of 62.59 percent was recorded by the polling body. The delay in announcement of the total electoral participation was due to "overnight scrutiny" of the data received from presiding officers, he said. Delhi Assembly Elections 2020: 62.59% Recorded as Final Voter Turnout, Delay in Announcement Due to Scrutiny, Says EC.

Here are the Party-wise and constituency-wise winners' list for Delhi polls: