An independent legislator on Tuesday announced to withdraw his support to the Bharatiya Janata Party (BJP) government, headed by Chief Minister Manohar Lal Kahttar, in Haryana. 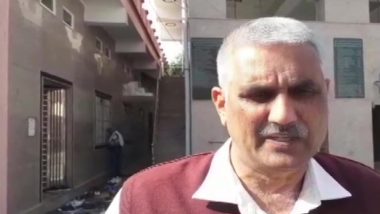 "In light of the atrocities committed on the farmers, I hereby withdraw my support to the current government," MLA Sombir Sangwan said. Even though Sangwan pulled back his support, the Manohar Lal Khattar-led government remains stable. The BJP has 40 legislators in the 90-member house. It has support from Dushyant Chautala's JJP, which has 10 MLAs. The BJP and JJP together have 50 MLAs. Farmers Protest: Toilets a Major Challenge For Farmers at Protest Sites; Local Residents, Fuel Station Owners, Hospitals & Others Extend Help.

The Congress, on the other hand, has 31 legislators in the assembly. Nine seats are occupied by other parties or independents. Chief Minister Manohar Lal Khattar has been asking farmers to give up their protest and hold talks with the Centre. Thousands of farmers are in Delhi to register their protest against the Centre's three agriculture laws.

Recently, CM Khattar came under criticism when he said that the protests against the Central farm laws were backed by political parties with some unwanted elements raising pro-Khalistan slogans. "The state has inputs of some unwanted elements raising pro-Khalistan slogans in the ongoing farmers' protests in and around the national capital," he had said.

(The above story first appeared on LatestLY on Dec 01, 2020 01:53 PM IST. For more news and updates on politics, world, sports, entertainment and lifestyle, log on to our website latestly.com).