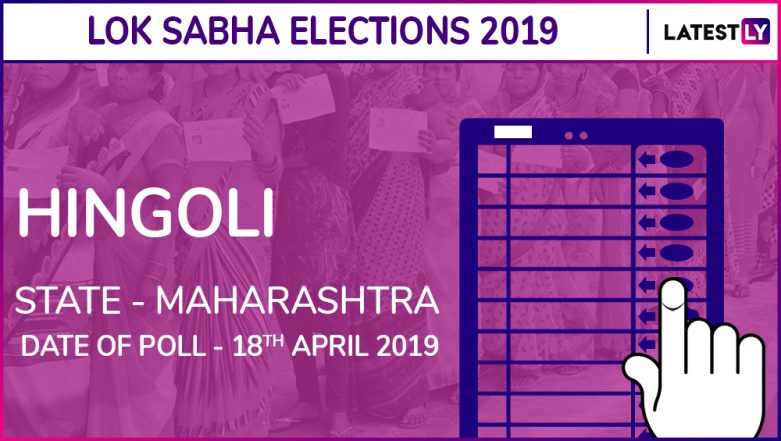 Mumbai, March 24: Hingoli, one of the 48 Lok Sabha constituencies in Maharashtra, went to polls on April 18 in the second phase of general elections. Hemant Patil of Shiv Sena was elected as Member of Parliament (MP) from Hingoli Lok Sabha seat in Maharashtra.

Scrutiny was done on March 27 and the last date for the withdrawal of the nominations was March 29. In Maharashtra, the ruling BJP-Shiv Sena allaince will face a tough challenge from the Congress-NCP combine. Check Full Schedule of Lok Sabha Elections 2019.

The BJP-Shiv Sena combine together bagged 41 of the 48 seats in Maharashtra in the 2014 Lok Sabha election, leaving Congress with two and the NCP four seats. Lok Sabha elections are scheduled to be held in seven phases - on April 11, April 18, April 23, April 29, May 6, May 12 and May 19.