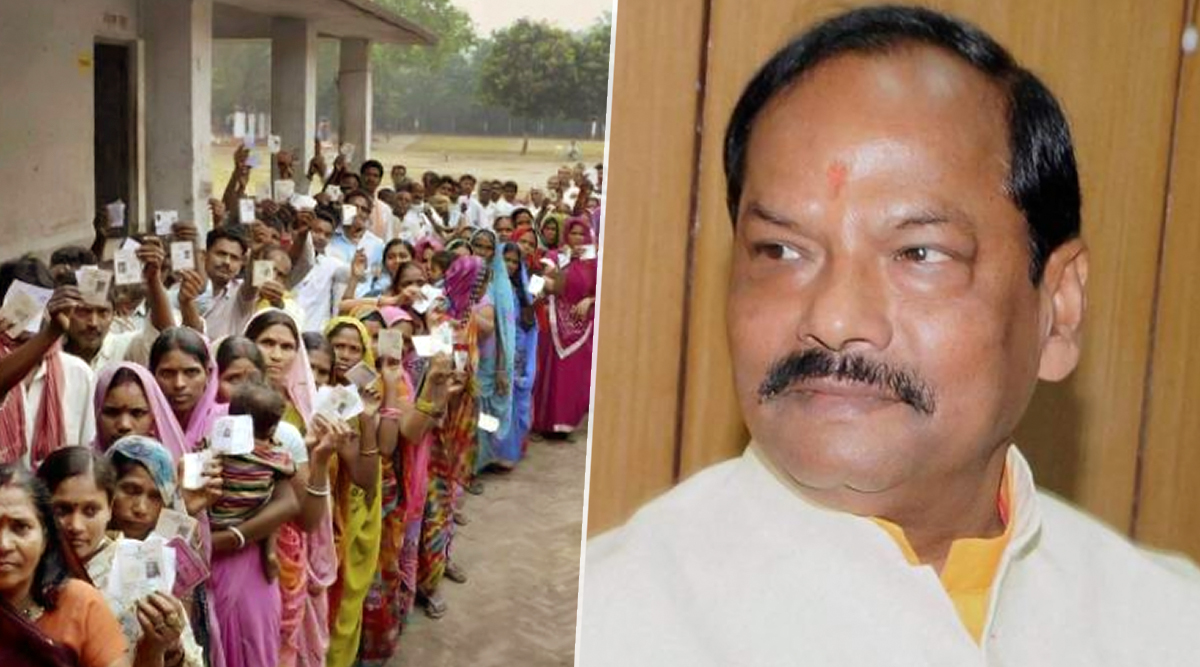 Ranchi, December 7: The 20-seat electoral battle for phase 2 of Jharkhand assembly elections 2019 will be held today. The polls are scheduled to be held between 7 am to 5 pm in the two urban constituencies of Jamshedpur West and Jamshedpur East. In the remaining 18 constituencies, the polling time would be curtailed till 3 pm in view of the threat posed by left-wing extremists operating in the region. Jharkhand Assembly Election 2019 Dates: Know Phase-Wise And Constituency-Wise Schedule For Vidhan Sabha Polls.

In order to ensure the smooth conduct of polls, the Election Commission has deployed over 42,000 security personnel in the poll-bound seats spread through the six districts of East Singhbhum, West Singhbhum, Saraikela-Kharsawan, Ranchi, Kunti and Simdega.

Jamshedpur East, the constituency represented by Chief Minister Raghubar Das, witnesses the most intense battle in this round of the elections. To retain the seat, the five-time MLA faces a stringent contest from his one-time Cabinet colleague-turned-BJP rebel Saryu Rai.

Rai, a two-time legislator from neighbouring Jamshedpur West assembly segment, broke ranks with the BJP earlier this year after alleging inaction by CM Das over the alleged cases of corruption.

Rai is considered among the oldest batch of BJP leaders in Jharkhand and his decision to quit the party has divided the party cadres in Jamshedpur region. Several workers of the party had openly backed his candidature and campaigned against the Chief Minister.

While Rai has earned the tag of a whistleblower and "anti-corruption crusader" -- the latter being conferred upon him Bihar Chief Minister Nitish Kumar -- in Jamshedpur East he has also raised the issue of legalising slums. The former BJP leader has accused Das of betraying the voters by backtracking from his promise in 2014 to "legalise 86 basties".

Notably, the five-phased Jharkhand assembly polls will end on December 20. The results are scheduled to be declared by the Election Commission on December 23. In 2014, the BJP succeeded in forming its first-ever government, winning 37 out of the 81 seats and aligning with the All Jharkhand Students Union (AJSU) Party which had won 5 constituencies. The Jharkhand Mukti Morcha (JMM) and the Congress were restricted to 19 and 6 seats, respectively.