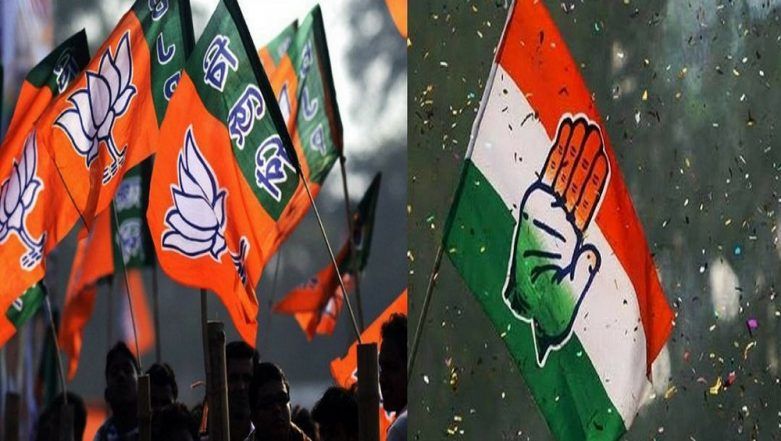 Bengaluru, April 21: The vitriol-filled campaign for 14 Lok Sabha seats that will go to the polls during the second phase in Karnataka on April 23, ended Sunday, with top leaders of the BJP and Congress-JD(S) alliance making a last-gasp effort to sway the voters in their favour. Though the campaign for second phase that covers northern districts was not as fierce compared to the first phase encompassing southern districts, the nationalism debate, corruption allegations, personal attacks, dynasty politics, Lingayat issue- the electoral potboiler had it all.

The campaign for the second phase also gained momentum only after electioneering ended for the first phase, where polling was held on April 18. While Prime Minister Narendra Modi helmed the BJP's adrenaline-charged campaign in the state, the party's national President Amit Shah, several Union Ministers,including Nirmala Sitharaman, Smriti Irani and also state leaders, including B S Yeddyurappa are among those who campaigned extensively. Odisha Lok Sabha and Assembly Elections 2019: Campaign Ends for Phase 3 of Polling in Odisha.

Though local developmental issues were major part of the campaign, with most part of northern districts, especially Hyderabad-Karnataka region still being backward, concerns like the "turbulent" Congress-JD(S) government grappling with dissidence and Lingayt religion made headlines, with Modi himself spearheading the attack.

Modi during his recent rallies hit out at the coalition government in the state, calling it "majboor" (helpless) and also accused the Congress of trying to split communities for political gains, pointing at the demand to accord religious minority status to the dominant Lingayat community. While the state BJP, including its chief B S Yeddyurappa, too accused the Congress leadership of hatching a "divisive" conspiracy for political gains, adding to this was the public spat between two senior Ministers from the grand old party, D K Shivakumar and M B Patil, over the Lingayat issue.

Shivakumar, a Vokkaliga leader, during a recent election rally had apologized for Congress venturing into the religious issue, which had irked M B Patil, who was at the forefront of the movement demanding religious minority status to the Lingayat community. The then Congress government's decision to recommend the status to Lingayat community is said to be one of the reasons for the partys debacle in the May 2018 assembly polls.

The BJP also raked up the Lingayat issue to further consolidate the community votes that is dominant in northern districts and is considered as the strong base of the saffron party. In the second phase, among the prominent contestants are Congress leader in the Lok Sabha Mallikarjun Kharge from Gulbarga, Union Ministers Ananth Kumar Hegde from Uttara Kannada and Ramesh Jigajinagi from Bijapur, Yeddyurappa's son B Y Raghavendra and former Chief Minister S Bangarappa's son Madhu Bangarappa of JD(S) from Shimogga, among others.

Key constituencies to be watched out for during the polls include Gulbarga, where Kharge is pitted against Umesh Jadhav, who ahead of polls joined the BJP quitting Congress and as MLA; Shimogga, where former chief Minister Yeddyurappa's son B Y Raghavendra is pitted against another former chief minister S Bangarappa's son Madhu Bangarappa. The spotlight is also on Belgaum, where Congress is facing dissidence, with rebel MLA Ramesh Jarkiholi not campaigning for the party candidate and skipping Rahul Gandhi's event of Friday.