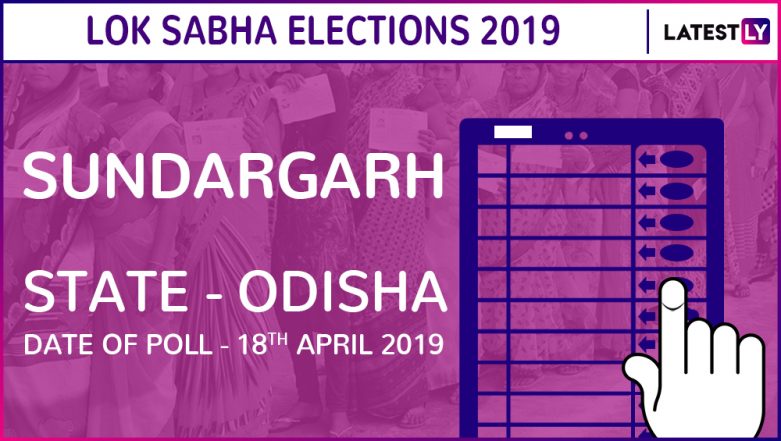 The results of the Sundargarh Lok Sabha election will be declared today. The counting of votes began on the Parliamentary seat in Odisha at 8 am on Thursday, May 23. Voting for the Sundargarh seat took place in the second phase of Lok Sabha Elections 2019. Sundargarh is a key Lok Sabha Constituency of Odisha. The constituency comprises of seven assembly seats - Sundargarh, Talsara, Rajgangpur, Biramitrapur, Rourkela, Raghunathpali and Bonai. The seat is reserved for the Scheduled Tribe category and its constituency number is 2. Lok Sabha Elections 2019 Schedule: Voting In 7 Phases From April 11 to May 19, Counting And Results On May 23; Check All Dates For General Elections.

The Biju Janata Dal (BJD) fielded Sunita Biswal from Sundargarh, while George Tirkey contested on the Congress ticket. The Bharatiya Janata Party (BJP) gave the ticket to Jual Oram from this constituency.  The last date of filing nominations for the seat was March 26. The scrutiny of nominations papers took place on March 27. Meanwhile, the last date of withdrawal of candidature was March 29. Lok Sabha Elections 2019 Phase II: List of States And Constituencies Voting On April 18.

Here are important details about the phase-II elections:

In 2014, Oram had won the seat on the BJP ticket defeating BJD's Dileep Kumar Tirkey with a margin of over 18,000 votes. While, Congress' Hemananda Biswal who had won the seat in 2009 came at the third spot.  From 1998 to 2004, the BJP had consecutively won this seat thrice.

On March 10, the Election Commission of India announced dates for the 2019 Lok Sabha elections. The elections will take place in seven phases, and the results will be declared on May 23. The polls will be held in 1,035,918 polling stations across the country compared to 928,000 set up during the last Lok Sabha election in 2014.