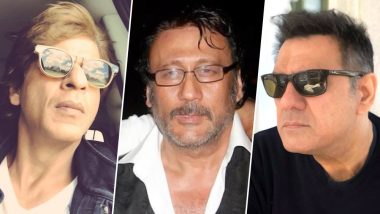 The case pertains to alleged "cheating" by the Vihaan Direct Selling Private Limited Company, a sub-franchisee of QI Group in India, marketing under the brand name of Qnet. Police recently said several people were arrested for alleged involvement in the 'QNet scam' in which lakhs of people across the country were "cheated" of crores of rupees.

However, Qnet has refuted the allegation and said their business was legitimate. Notices will be issued to actors Anil Kapoor, Allu Sirish and cricketer Yuvraj Singh also, the official added. "During our investigation in the Qnet case, we have found that some celebrities participated in a few promotional activities by the company.

"We asked them to explain us before March 4 on the remuneration and perks they received for their participation," the official told PTI. Notices have been served through their WhatsApp numbers under Section 91 of the CrPC (production of any document or other thing necessary or desirable for the purposes of any investigation), according to the official.

Those who received notices can submit their details through their representatives and need not appear personally before the police, the official clarified. Police had earlier said a nationwide probe has been launched to nab the main perpetrators behind the multi-crore rupee fraud, allegedly committed by marketing firm QNet.