American Horror Story and Pose on FX actress, trans-rights advocate, and entrepreneur Angelica Ross has deepened her foothold at the intersection of social impact and tech, joining the board of COMMUNITYx; a new Forbes-featured social justice app. 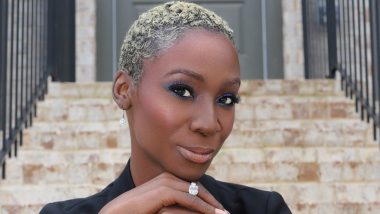 American Horror Story and Pose on FX actress, trans-rights advocate, and entrepreneur Angelica Ross has deepened her foothold at the intersection of social impact and tech, joining the board of COMMUNITYx; a new Forbes-featured social justice app.

Like Bumble for activists, COMMUNITYx matches people with worthy causes—and facilitates real change through actionable content. On the app, changemakers meet and organize on causes from climate change to racial justice: think virtual protests, one-click petitions, and event coordination—WITHOUT getting lost in the algorithm, shadow-banned, or censoring marginalized voices.

Angelica Ross brings a wealth of experience to the app’s board of activists. She joins fellow COMMUNITYx board member NBA legend-turned-tech-mogul Baron Davis, among other celebrities to be announced.

When she isn’t making history on-screen, she continues to lead the movement for transgender and racial equality off-screen. She is the founder and CEO of TransTech, a social enterprise providing education and support for transgender people seeking to enter the tech field.

“What I love about COMMUNITYx is that it closes the gap between information and action,” said Ross. “With this app, we can form coalitions and create actionable content to make real change. For me, that might be trans rights and black liberation. For others, it might be climate change or social justice. When it comes to fighting the good fight, you'll find that you're not alone on COMMUNITYx.”

COMMUNITYx (www.communityx.tech) was co-founded by formidable 30 Under 30 BIPOC tech entrepreneur Chloë Cheyenne, who left a high-flying job at Google to create the app, which spent its beta phase in the prestigious TechStars accelerator before an April 2021 launch.

“I am so thrilled to have Angelica Ross on the COMMUNITYx board of activists. The app will undoubtedly benefit from her incredible expertise in the area of trans-rights and trans-tech, as well as her broader experience as a powerful activist, advocate, speaker, and changemaker,” said Cheyenne.

COMMUNITYx is available to download for iOS and Android now.