Hailey Bieber is all Things Sexy, Stunning and Saucy in Her New Photoshoot for Vogue India (View Pics) 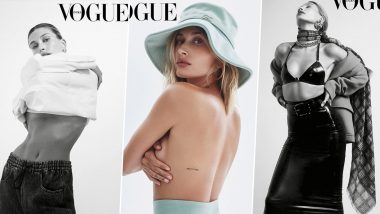 Hailey Bieber is the big name that's shining bright on the cover of Vogue India's August edition. The star wife who prefers having her own space and hates any attention into her personal life poses unhesitatingly as the new Vogue girl and her pictures have grabbed enough attention already. Hailey's still busy getting used to her celebrity life and while Justin's out there with his music, she's secretly trying to carve out a name for herself. Hailey's new photoshoot for Vogue India stands out for being deliciously pleasing for our eyes and irresistibly hot at the same time. All that Hailey Bieber Needs is a Gucci Blazer to Look So Stunning on Vogue India's New Cover!

Hailey's new set of pictures are jaw-dropping, to say the least. They are casting an effective spell on us while we are also busy ogling at them. From going topless to flaunting her toned bod, Mrs Bieber is unleashing a sexy storm on us that's hard to escape. Those monochrome clicks are weaving a beautiful experience that cannot be shrugged off and speaking of the rest, they are equally brilliant and charming if we can say. Hailey's dishing out all the sultry vibes through her numerous clicks are we are deeply and absolutely in awe of it. Hailey Bieber Recalls the Cute Story of Her First Kiss With Justin Bieber and It's Sure to Melt Your Hearts! (Watch Video). 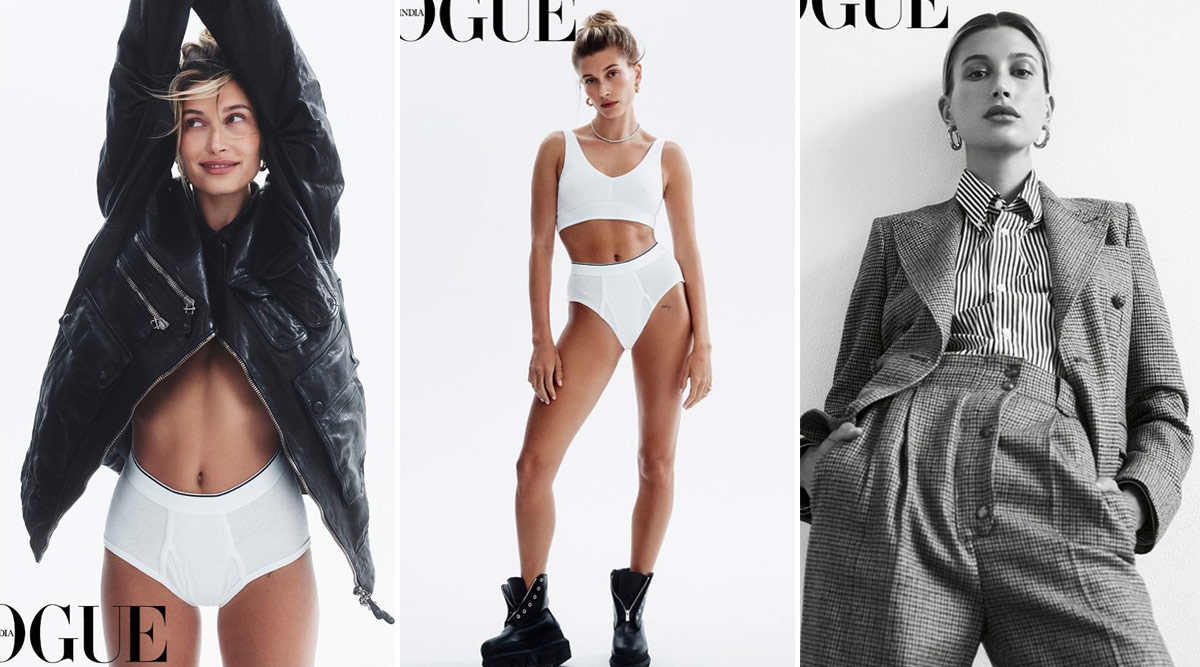 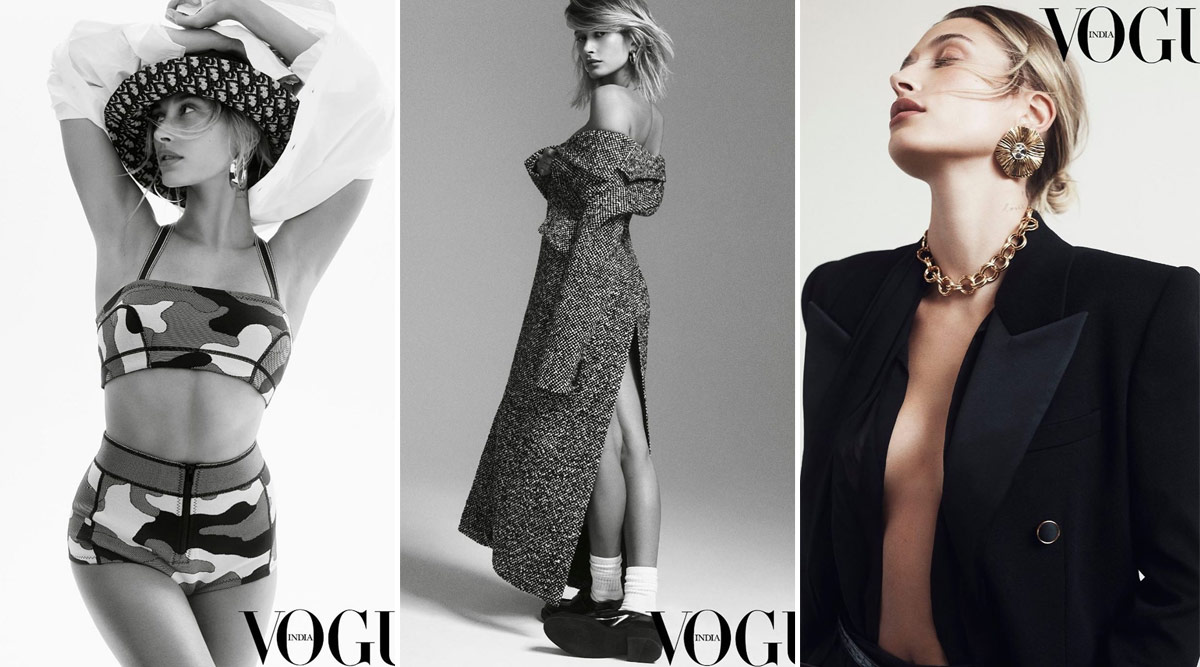 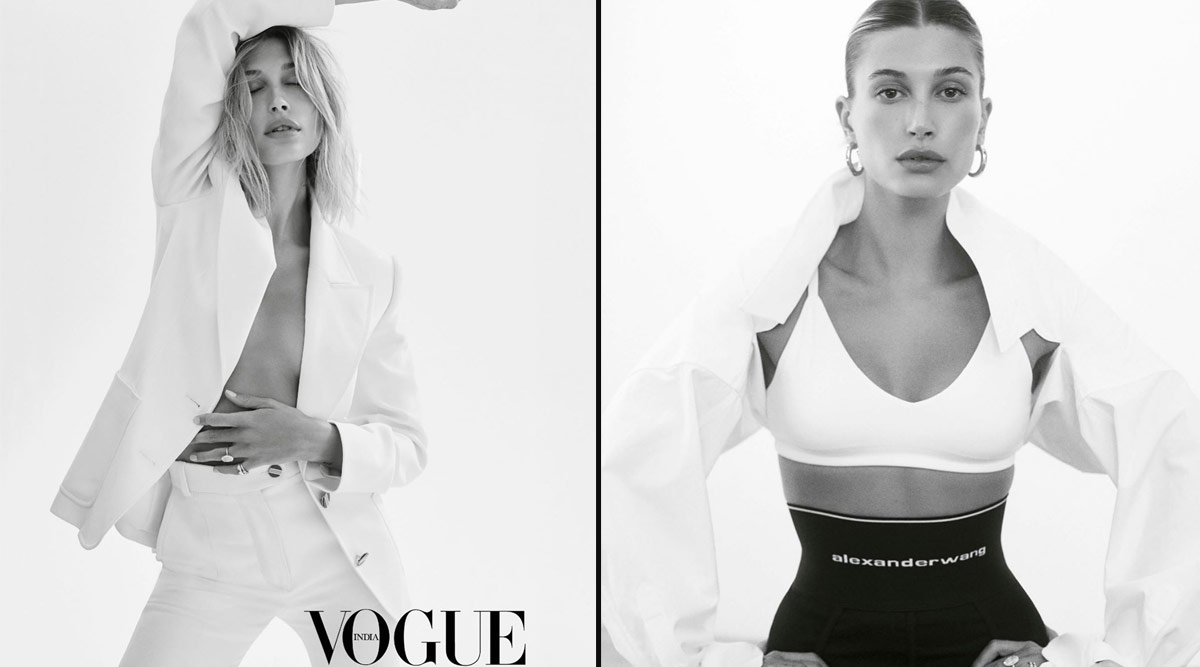 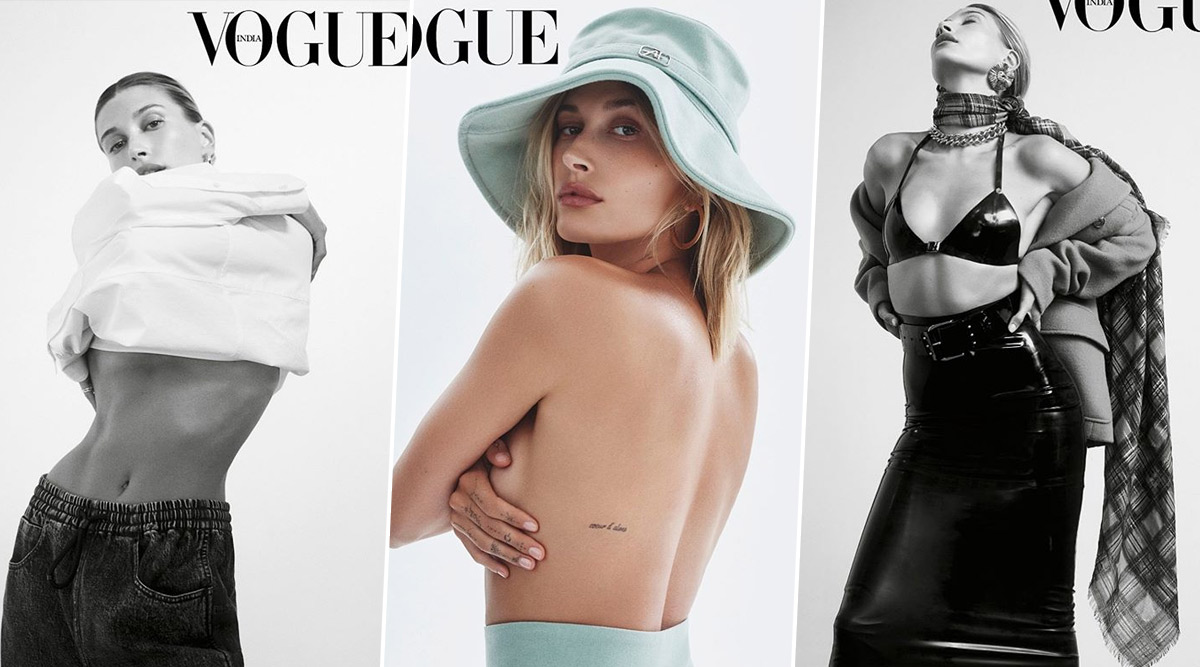 For someone whose father belonged to the entertainment industry, Hailey never had any similar expectations. She was happy in her own space. Being half Brazilian, she admires her fellow Brazil girl, Gisele Bundchen, whose name is impactful enough in the modelling world. Even while Hailey and Justin are experiencing a pandemic like the rest of us, the couple is determined to make the most of it and we are waiting to hear their updates - all day, every day.

(The above story first appeared on LatestLY on Aug 10, 2020 05:21 PM IST. For more news and updates on politics, world, sports, entertainment and lifestyle, log on to our website latestly.com).