Sam Manekshaw Death Anniversary: Remembering The First Field Marshal of Indian Army With His Quotes And Lesser Known Facts About His Life 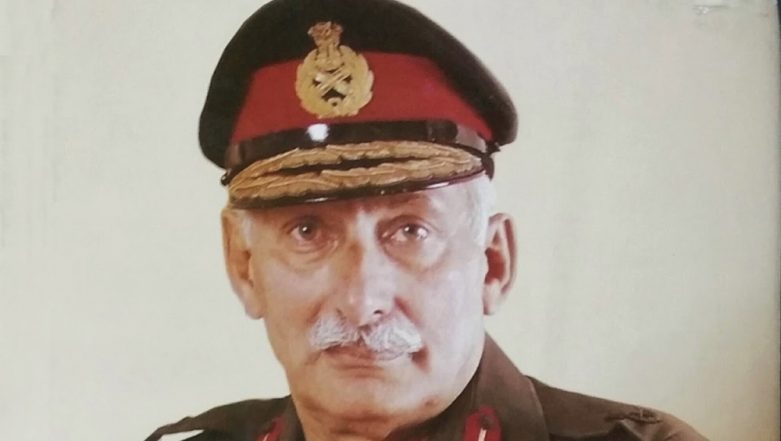 Born in Amritsar on April 3, 1914, Field Marshal Manekshaw did his schooling from Sherwood College, Nainital. He was one of the pioneers of the Indian Military Academy (IMA), Dehradun. He joined the IMA on October 1, 1932, and was commissioned into the British Indian Army as the Second Lieutenant in 1934. He was also awarded Military Cross for his gallantry in the second World War. Remembering Field Marshal Sam Manekshaw on his Birth Anniversary.

Here are some of the famous quotes of Sam Manekshaw:

Give me a man or a woman with common sense and who is not an idiot and I assure you can make a leader out of him or her.

If anyone tell youhe is afraid, he is a liar of or he is Gurkha.

I wonder whether those of our political masters who have been put in charge of the defence of the country can distinguish a mortar from a motor, a gun from a howitzer, guerilla from a gorilla, although great many resemble the latter.

You should have to fight and fight to win. There is no roof for the losers. If you ose don’t come back. You will have disgraced the country and the country won’t accept you.

Professional knowledge and professional competence are the main attributes of leadership.

A ‘yes man’ is a dangerous man. He is a menace. He will go very far. He can become a minister, a secretary or a Field Marshal but he can never become a leader nor, ever be respected.

Unless you know, and the men you command know that you know your job, you will never be a leader.

Professional knowledge has to be acquired the hard way. It is continuous study and you never acquire it in today’s fast-moving technological world that you are living in.

A Famous Anecdote About Manekshaw and Yahya Khan

He sold his bike to Yahya Khan, his course mate in the IMA and the then president of Pakistan during 1971 War for Rs 1000 during partition. Khan promised to send him money from Pakistan. However, Field Marshal Manekshaw never received the amount. After the win of the 1971 war, Sam Manekshaw said, “Yahya never paid me Rs 1,000 for my motorbike, but now he has paid with half of his country.” Another Biopic For Vicky Kaushal! Actor's Look as Sam Manekshaw in Meghna Gulzar's Next is Almost Unrecognisable (View Pic).

Meanwhile, on his 11th death anniversary, the poster of a biopic on Field Marshal Manekshaw was released.  Vicky Kaushal will be in the lead role, portraying Manekshaw in the biopic. The movie is directed by Meghna Gulzar. Kaushal shared his first look from the movie on his Instagram handle.