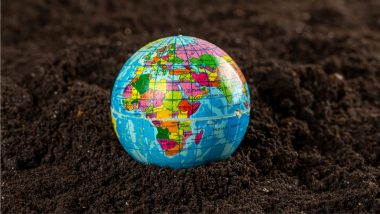 When renowned teen climate activist Greta Thunberg uttered the words "How dare you?" in the crowded room of the 2019 Climate Summit, a direct ripple effect was felt in terms of environmental awareness around the world. And as we gear up to observe World Environment Day 2021, environmental awareness is at the height of the world's major concerns. Quotes To Inspire Us All To Stop Harming Nature And Instead Preserve It For Future Generations.

World Environment Day was first established in 1972 by the United Nations, but in 1987 it was decided to rotate the center of these activities by selecting different host countries. Let's look at the host countries for this event in the last decade and the various themes adopted on this monumental occasion.

India hosted World Environment Day for the first time in 2011. The theme for 2011 was 'Forests – Nature At Your Service'. Thousands of activities were organized worldwide, with concerts, film festivals, tree plantings, beach clean-ups, exhibits and much more.

The World Environment Day 2012 theme was 'Green Economy,' and it invited people to examine how the concept of a "Green Economy" fit into their lifestyle and daily activities.

The campaign was based around the theme 'Think.Eat.Save.' and it aimed to raise awareness in countries with lifestyles that resulted in food wastage while also empowering people to make informed choices about the food they consume so as to reduce the overall ecological impact due to the production of food. World Environment Day 2021: Here Are The Beautiful Treks In The World.

World Environment Day 2014 focused on global warming and its impact on ocean levels. The slogan of the WED 2014 was "Raise your voice, not the sea level," and it was hosted by the island nation of Barbados.

The celebrations for World Environment Day 2015 took place as part of the Milan Expo, and its theme was 'Feeding the Planet – Energy for Life.' The slogan of the 2015 edition was "Seven Billion Dreams. One Planet. Consume with Care."

This edition of the WED aimed to reduce and prevent the illegal trade in wildlife and was organized under the theme 'Go wild for life' in Angola.

The theme for the 2017 celebrations was 'Connecting People to Nature' in the city and on the land, from the poles to the equator. World Environment Day 2021 host nation was Canada.

India hosted World Environment Day for the second time in 2018, and the theme was 'Beat Plastic Pollution. The Indian government had pledged to eliminate all single-use of plastic in India by 2022.

The theme 'Beat Air Pollution' was chosen as air pollution kills about 7 million people annually. The host nation was China.

World Environment Day 2020 was hosted in Colombia in partnership with Germany. The theme was 'Time For Nature' as Colombia is one of the largest megadiverse countries in the world and holds close to 10% of the planet's biodiversity.

World Environment Day 2021: Themes Through The Decade That Highlighted Need To Protect Environment

(The above story first appeared on LatestLY on Jun 04, 2021 04:13 PM IST. For more news and updates on politics, world, sports, entertainment and lifestyle, log on to our website latestly.com).