An international team of scientists has identified a drug that blocks growth of the most aggressive brain tumour and how to most accurately identify which tumour will respond to the drug. 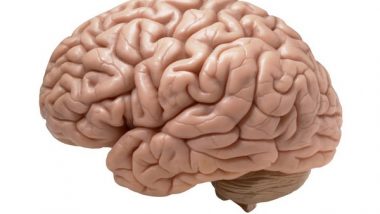 New YorK, May 10: An international team of scientists has identified a drug that blocks growth of the most aggressive brain tumour and how to most accurately identify which tumour will respond to the drug. When a non-metastatic brain tumour - meningioma - recurs after surgery and radiation treatment, a patient is out of options. No drugs are approved for these aggressive tumours, which occur in up to 20 per cent of cases and can lead to patient disability or even death.

The scientists at universities of Northwestern, California, and Hong Kong demonstrated the effectiveness of the drug in select patients, mouse models, a 3D living tissue brain tumour (organoids) and cell cultures.

Currently, after surgery, doctors examine a specimen of a tumour under a microscope and grade it one, two or three in its aggressiveness. But the grade is only about 70 per cent accurate, meaning some tumours will behave in a way that doesn't fit with how it appears under the microscope.

"Our study identifies which patients we should treat with this drug, because their tumours will likely respond to it," said Dr Stephen Magill, Assistant Professor of neurological surgery at Northwestern's Feinberg School of Medicine.

"We now have the potential to give them options and hope for a longer, symptom-free life." The team found that mice with meningiomas treated with the medication lived longer and their tumours didn't grow as rapidly.

The drug was also used off-label as compassionate use in several patients whose tumours decreased in size and whose symptoms improved, suggesting the drug should be considered for clinical trials, Magill said.

"Eventually we hope to tailor medical therapy to the genetic changes within each individual person's meningioma," Magill said. Meningiomas are the most common primary (non-metastatic) tumour in the central nervous system. The symptoms are headaches, seizures or neurological deficits (weakness, vision loss, double vision or sensory changes).

(The above story first appeared on LatestLY on May 10, 2022 04:48 PM IST. For more news and updates on politics, world, sports, entertainment and lifestyle, log on to our website latestly.com).