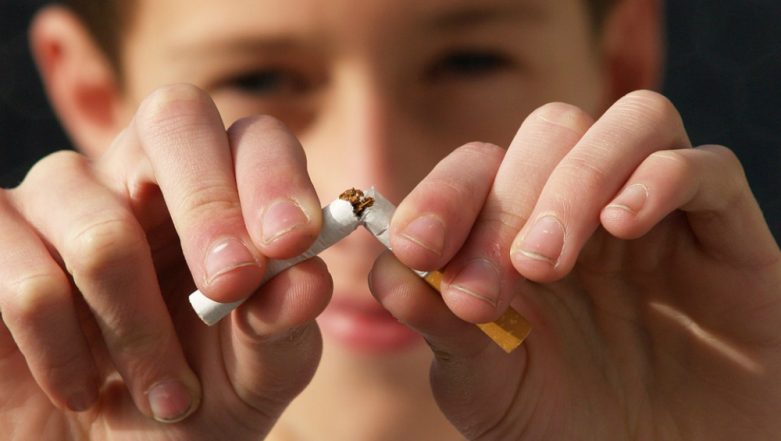 New York, June 24: Those buying tobacco from shops in the US, especially small stores, are usually not asked for identification hence it is easy for underage users to buy cigarettes there, says a study. When researchers, aged 20 and 21, visited a variety of shops in the US, more than 60 per cent of cashiers did not ask them for identification. WHO Praises Brazil Lawsuit Against Tobacco Giants.

In the study published in the American Journal of Health Promotion, it was found that these young adults slipped by without an age check most often when they visited small stores, tobacco shops and shops plastered with tobacco ads.

"Our findings suggest that certain types of stores - tobacco shops, convenience stores and those with a lot of tobacco advertising - are more likely to sell tobacco to a young person without checking his or her ID," said Megan Roberts, Assistant Professor at Ohio State University in the US.

"One implication of this finding is that enforcement may benefit from targeted outreach and monitoring at these locations," she added. The study included visits to a randomly sampled 103 tobacco retailers in 2017.

More than 64 per cent of grocery stores checked IDs, compared with about 34 per cent of convenience stores and tobacco shops, and 29 per cent bars, restaurants and alcohol stores. Cigarette Packets Warning: Tobacco Products to Carry New Grave Images From September 1; Check Pictures.

"Having a minimum legal sales age for tobacco is important for reducing youth access to tobacco. Not only does it prevent young people from purchasing tobacco for themselves, but it prevents them from buying tobacco and distributing it to others, often younger peers," Roberts said.

Comments
Tags:
American Journal of Health Promotion cigarettes tobacco US US Shops
Comments
You might also like